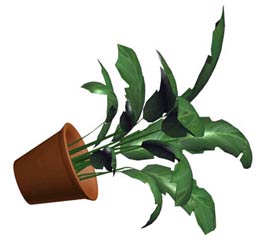 The Post has a story about a strange, alleged incident involving a Cohen’s Fashion Optical scion and his ex-girlfriend. According to police, 30-year-old Jeffrey Cohen and his driver, Kevin Nunez-Hernandez, barged into ex-girlfriend Blanca Zepeda's apartment on Monday morning. Cohen allegedly kicked over plants and destroyed some furniture, "knocked Zepeda around, leaving her with bruises and a sore back," and took her wallet, camera and jewelry. Then the two men left, only to return again, with Cohen allegedly taking Zapeda's Blackberry.

Nunez-Hernandez, who was found by the police after Zapeda called 911, and Cohen, who turned himself in later, were charged with grand larceny and burglary; Cohen was also charged with assault and criminal mischief. But Cohen's lawyer denies that the two men broke into the apartment or made the mess, explaining to the Post that Cohen's family business actually owns the apartment, and that Cohen was letting Zepeda stay there, even though they had broken up, until she found a new job. Lawyer Scott Klein said this was a "perfect example of how no good deed goes unpunished.”

Zapeda said about Cohen, "I am trying to get things back to normal, just trying to put things to bed. I wish him the best. I love him, but I can’t imagine seeing him again. God bless him."

#fashion
#love
#News: NYC
#police
#The Police
#the post
Do you know the scoop? Comment below or Send us a Tip