A man and a woman were killed during the J'Ouvert celebrations in Brooklyn earlier this morning. At least four other people were injured as well, as thousands gathered for this pre-West Indian American Day Parade festivity.

Just before 4 a.m., at Empire Boulevard and Flatbush Avenue, three people were shot: a 17-year-old boy, Tyreke Borel, died from a gunshot wound to the chest while a 66-year-old was shot in the arm and a 72-year-old woman was injured as she tried to get away. 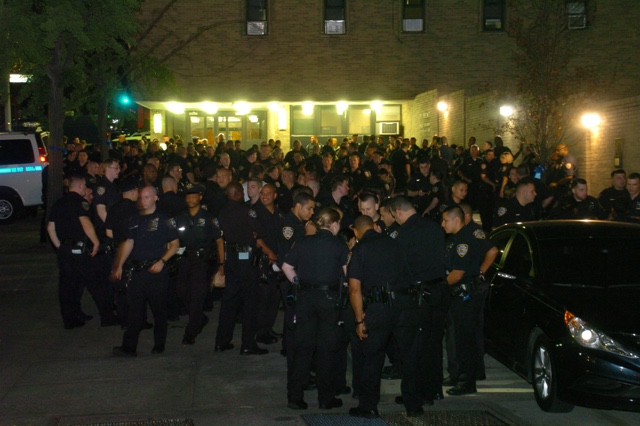 Near Ocean Avenue and Eastern Parkway, a 23-year-old woman was reportedly stabbed in the back at 4:20 a.m. And a man in his 20s was apparently shot in the leg at Clarkson and Rogers Avenues around 4 a.m.

Moments after one of the deadly shootings at this year's #Jouvert celebration. Latest on @NY1 pic.twitter.com/ghJwRkLM2G

Two people were killed during last year's J'Ouvert, including an aide to Governor Andrew Cuomo. Last week, Mayor Bill de Blasio had promised a "massive NYPD presence" to ensure this would be "the safest J'Ouvert ever." The NYPD's 71st Precinct also distributed a flyer telling revelers, "Do not shoot anyone. Do not stab anyone." 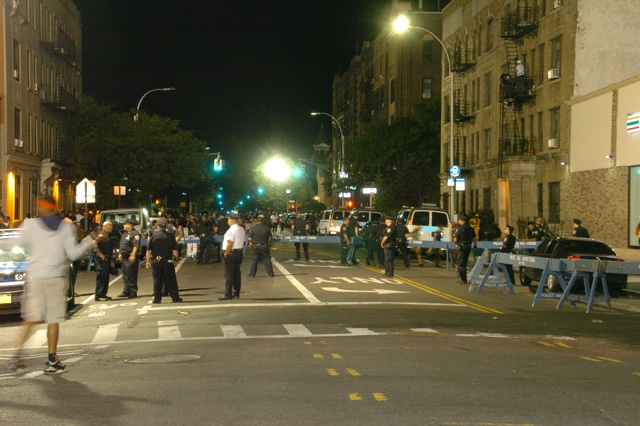 A huge number of police officers were seen at the start of the parade, with many along the route just trying to keep the floats moving.

Prospect Heights resident Jill Roberts lamented about the violence to the Daily News: "I feel like I didn’t have a J’Ouvert" and said "she wished authorities would 'tell these people to go home.'"

"It's not safe," Roberts added.

#brooklyn
#Crown Heights
#gun violence
#jouvert
#stabbing
Do you know the scoop? Comment below or Send us a Tip