Two former Uber drivers from New York City have won the right to receive unemployment benefits following a State Department of Labor ruling announced Wednesday. Such benefits have historically been closed off to Uber drivers, who are classified as independent contractors rather than employees.

Labor advocates say the ruling is a positive step, as it shows that Uber drivers can be considered employees in the eyes of the state. Unlike independent contractors, employees can have the right to unionize and collectively bargain for contracts.

This week's ruling does not provide drivers Levon Aleksanian and Jakir Hossain with any protections beyond unemployment insurance, nor does it extend that protection to other drivers on the platform. But Legal Services NYC Attorney Nicole Salk, who represented Aleksanian and Hossain, says their win proves the need for a comprehensive audit of Uber, to determine whether all drivers on the platform should be awarded employee status.

"The state has found that Uber has sufficient control over these drivers' conditions of work to be their employer in this case," she said. "From the routes that they have to take, to what kinds of cars they are allowed to drive, to, most importantly, their rates."

Uber recently reduced fares and denied a tipping option without any obligation to consult with its drivers, prompting driver protests and strikes. The newly-formed Independent Drivers Guild, an offshoot of the International Association of Machinists, meets regularly with Uber representatives, but without bargaining power.

"I think this [ruling] is a game-changer," Bhairavi Desai, executive director of the New York Taxi Workers Alliance, told the NY Times. "Uber has depended on the political structure turning a blind eye. What these decisions do is force a microscopic review."

As independent contractors, Uber drivers can set their own hours—a model that Uber says is central to its brand. "Nearly 90 percent of drivers say the main reason they use Uber is because they love being their own boss," an Uber spokeswoman stated Thursday, adding, "As employees, drivers would lose the personal flexibility they value most—they would have set shifts, earn a fixed hourly wage, and be unable to use other ridesharing apps."

"The only thing that's not controlled by Uber is when they work," conceded Salk, the drivers' attorney. "But some of them have to work a ton of hours to cover their expenses, so do they even have any control over that?" 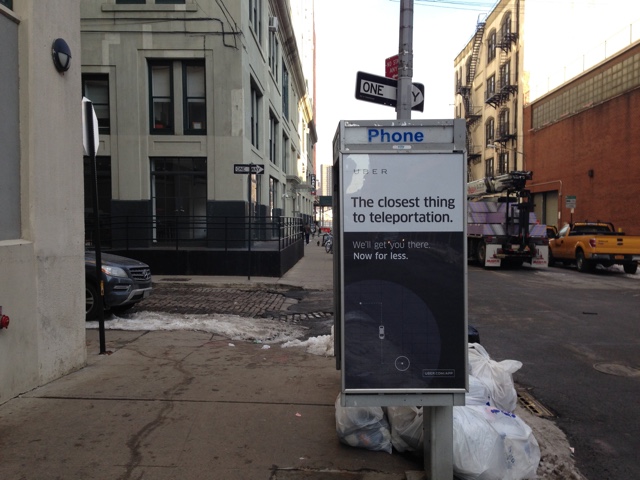 Aleksanian and Hossain were terminated from Uber within the last year—Aleksanian in September 2015 and Hossain in April 2016. According to the lawsuit, when Aleksanian filed for unemployment with the state he received an email from the Department of Labor stating that, "The information we are being given is these claims (not just yours) are under executive review, which means the Dept of Labor is not making the decision whether or not this employment is covered."

While workers typically receive a DOL ruling on whether they are employees—and, with it, the right to appeal the state's decision—Aleksanian and Hossain said they received no ruling, and were therefore stuck in limbo.

"By failing to investigate and make a determination on UI claims submitted by former Uber drivers, the Governor and the Department of Labor are illegally denying these workers the right to UI benefits," Legal Services NYC, which represented the drivers, argued in July.

An Uber spokeswoman said that the company is appealing the rulings, adding that other drivers have made similar appeals for employee status that have been rejected. "The Department of Labor has ruled that several drivers are independent contractors," she said.

The Department of Labor declined to comment on this specific case, but a spokesman stressed the case-by-case nature of the DOL's rulings. "Depending on the facts, decisions have been made supporting both drivers as employees and drivers as independent contractors," a spokesman said.

About 14,000 Uber and Lyft drivers came out in favor of unionizing with Amalgamated Transit Union Local 1181 last month. While the National Labor Relations Board won't formally recognize them as union members as long as they remain contractors, Labor lawyer Ben Dictor told us that the move was more than symbolic.

"One could see how this could be particularly useful from an advocacy and industry standards perspective for workers who, like cab drivers, work alone for significant parts of their workday," he said.