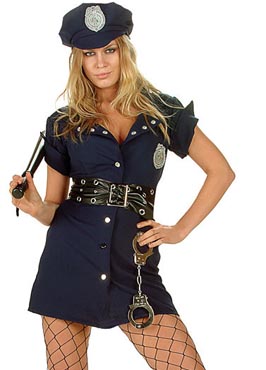 Two female NYPD cops did some serious damage to a Bronx man early Friday night, allegedly pistol whipping him during a road rage incident. Michelle Anglin, 37, and Koleen Robinson, 24, were off-duty when they became enraged at 35-year-old Marlon Smith for leaving the driver’s door of his Suburban open, almost scraping Robinson's SUV, the Daily News reports. F bombs and A bombs were promptly fired at Smith by the cops. When he responded with his own profanity, the policewomen approached his vehicle and Anglin allegedly blasted him with pepper spray.

A witness who tried to break up the brawl reportedly heard the women yell, "Do you know who you are f------ with? We are the police!" Apparently, Smith didn’t get the message fast enough, and tried to grab one of the cops, who retaliated with baton cracks to the skull and a pistol-whip to the face. The rumble wasn’t broken up until some uniformed officers arrived and arrested Anglin and Robinson; they were suspended, stripped of their guns and arraigned Sunday on gang assault charges.

Smith is recovering from the incident with 25 staples holding together the three gashes in his skull. He tells the Post, "I'm not feeling so well right now," with headeaches and blurred vision. Smith also claims that Internal Affairs warned him “to keep his mouth shut.” Maybe he should just be grateful that beat cops haven’t (yet) been issued submachine guns like in Jersey. And Robinson’s father defended her daughter to the tabloid, "She enjoyed police work as far as I know."

#assault
#beating
#bronx
#brutality
#cops
#nypd
#police
#road rage
Do you know the scoop? Comment below or Send us a Tip