Last night, a two-alarm fire broke out at a site at N. 9th and Wythe Avenue in Brooklyn, apparently at the Rosenwach Wood Tank Company. Smoke could be seen from not only neighboring buildings but from the East Village as well. The fire was reported at around 9 p.m. and under control by 10:15 p.m. We've contacted the FDNY for details on what might have caused the fire. 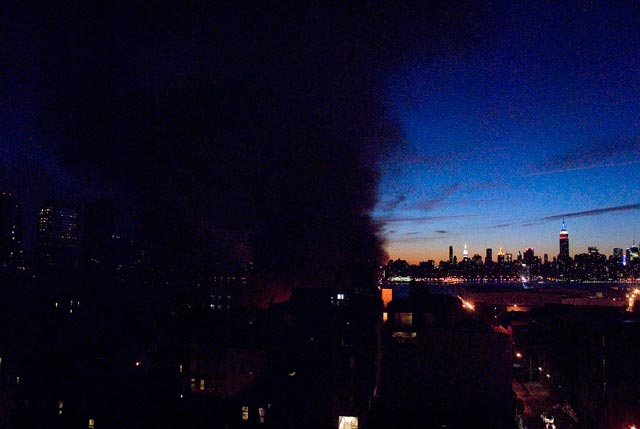 Reader mihow pointed out, "Imagine how hard it would have been for the fire trucks to get to the building had the fireworks been on our side as they usually are? Usually there are people everywhere. Nuts." And after the jump, video from reader Steve:

#brooklyn
#fire
#two alarm fire
#williamsburg
#wythe avenue
Do you know the scoop? Comment below or Send us a Tip