Twitterverse Explodes With Reactions And Tributes To Steve Jobs A torrent of tributes from prominent world leaders, tech industry insiders and the Twitter-verse have been pouring out for Apple co-founder Steve Jobs, who died yesterday at the age 56. People have also created makeshift tributes to Jobs at Apple stores across the country, leaving flowers, candles, notes and real apples; at the flagship Fifth Avenue store, someone spray painted "I Love Steve" on a nearby wall. You can check out thousands upon thousands of Tweets for Jobs at #ThankYouSteve. Below, we've compiled some of our favorites—but first, an unaired version of Apple’s 1997 “Think Different” commercial that was narrated by Steve Jobs:

President Obama called Jobs "among the greatest of American innovators", and released this statement:

By building one of the planet's most successful companies from his garage, he exemplified the spirit of American ingenuity. By making computers personal and putting the internet in our pockets, he made the information revolution not only accessible, but intuitive and fun. And by turning his talents to storytelling, he has brought joy to millions of children and grownups alike. Steve was fond of saying that he lived every day like it was his last. Because he did, he transformed our lives, redefined entire industries, and achieved one of the rarest feats in human history: he changed the way each of us sees the world.

The world has lost a visionary. And there may be no greater tribute to Steve's success than the fact that much of the world learned of his passing on a device he invented. Michelle and I send our thoughts and prayers to Steve's wife Laurene, his family, and all those who loved him.

Tonight, America lost a genius who will be remembered with Edison and Einstein, and whose ideas will shape the world for generations to come. Again and again over the last four decades, Steve Jobs saw the future and brought it to life long before most people could even see the horizon. And Steve's passionate belief in the power of technology to transform the way we live brought us more than smart phones and iPads: it brought knowledge and power that is reshaping the face of civilization. In New York City's government, everyone from street construction inspectors to NYPD detectives have harnessed Apple's products to do their jobs more efficiently and intuitively. Tonight our City - a city that has always had such respect and admiration for creative genius - joins with people around the planet in remembering a great man and keeping Laurene and the rest of the Jobs family in our thoughts and prayers.

Mark Zuckerberg released this message on his Facebook wall: "Steve, thank you for being a mentor and a friend. Thanks for showing that what you build can change the world. I will miss you." Bill Gates said, "The world rarely sees someone who has had the profound impact Steve has had, the effects of which will be felt for many generations to come. For those of us lucky enough to get to work with him, it's been an insanely great honor." Rupert Murdoch added, "Steve Jobs was simply the greatest CEO of his generation."

You can read a 1994 interview with Rolling Stone here, and you can read a different kind of tribute to Jobs from a former Gizmodo writer who had some awkward interactions with him over an iPhone 4 prototype—"I just feel lucky I had the chance to tell a kind man that I was sorry for being an asshole before it was too late." Below, check out an assortment of tweets: 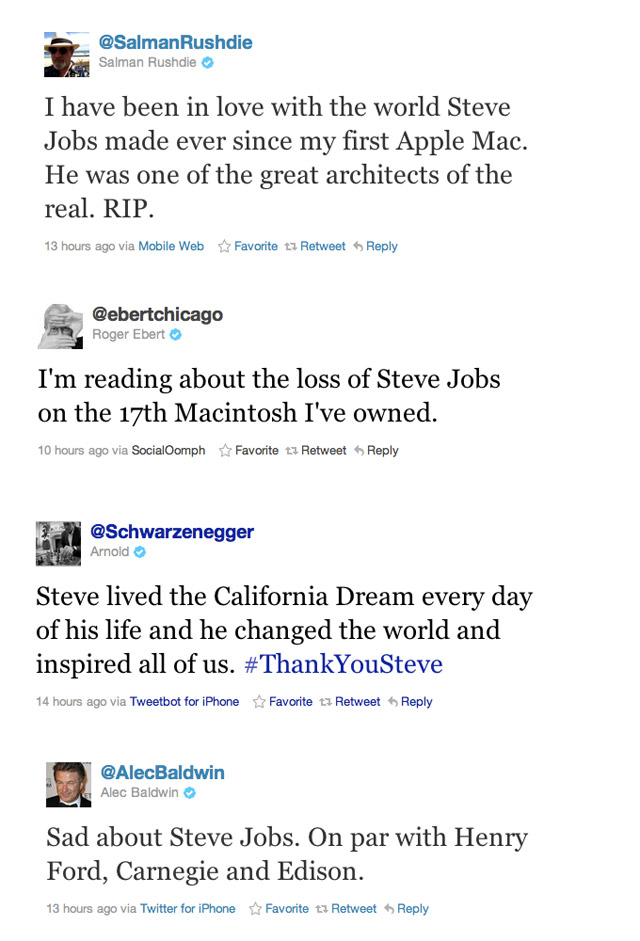 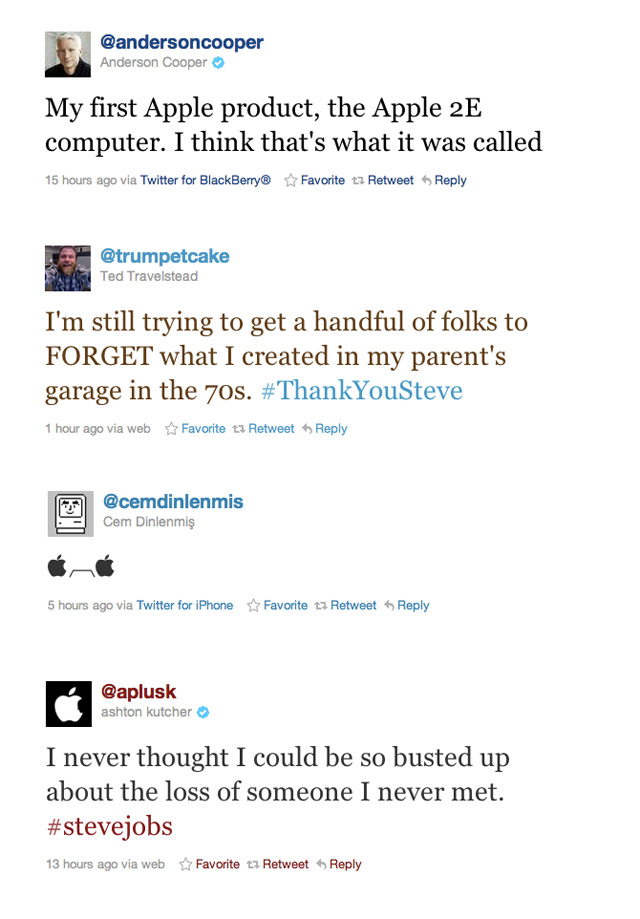 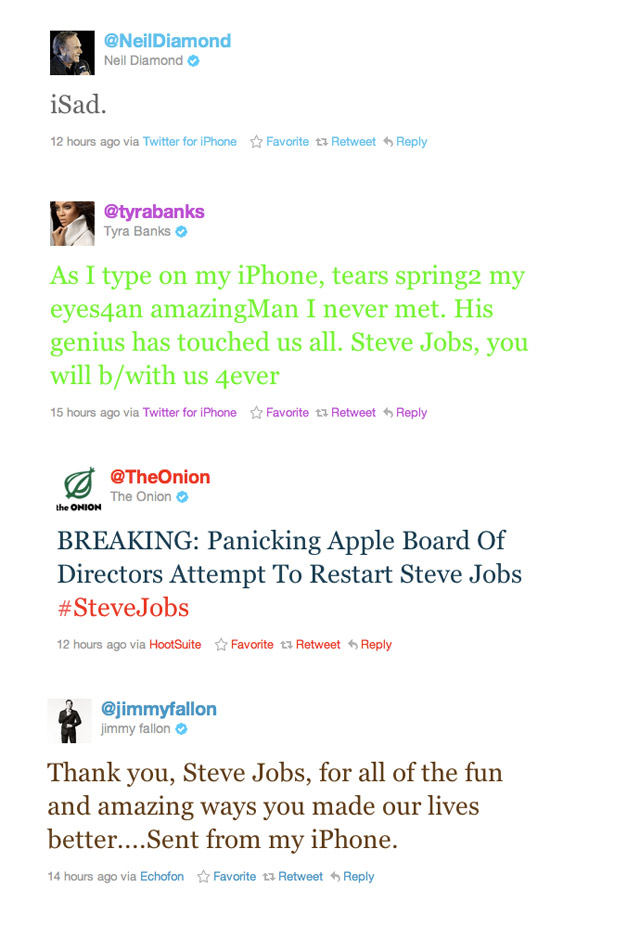 #apple
#death
#mayor bloomberg
#president obama
#Steve Jobs
#tribute
#twitter
Do you know the scoop? Comment below or Send us a Tip