A Canadian woman trying to fly out of JFK airport yesterday did not make her flight due to some prohibited items that turned up in her checked luggage: namely guns, ammo, and an abundant supply of marijuana. Nyesha McPherson, who hails from Ontario, was arrested by Port Authority police after her bags were inspected prior to boarding her flight to Barbados.

According to the TSA, "the officers saw the suitcases were jam-packed with cans and boxes for baby wipes, coffee, floor dusting sheets, lemonade mix, iced tea mix, a box of cat litter and a box of laundry tablets. But none of those boxes or cans contained the products on the labels." 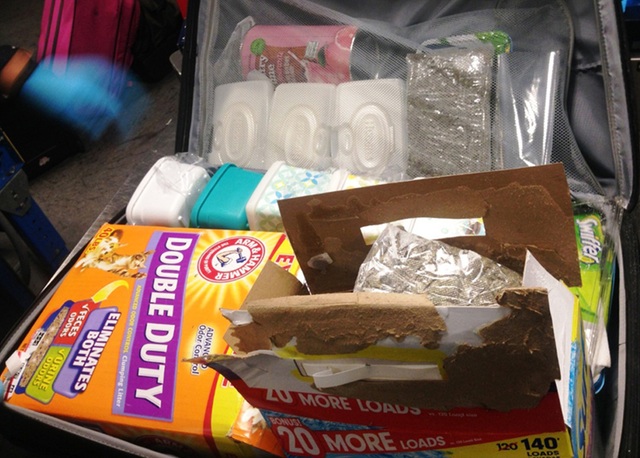 #drugs
#stupid human tricks
#tsa
#original
Do you know the scoop? Comment below or Send us a Tip