If you want to live a more comfortable life, are you better off working hard, going to school, and forging a career, or just marrying rich? Our country was founded on the ideal that this should be a real choice, and for a good chunk of the 20th Century, it was. But inheritance is increasingly becoming more important—is this a problem? Not if you still believe in Trickle-Down Economics.

You might remember Harvard professor Gregory Mankiw as the Times' resident Money Troll; a few months ago he hailed Robert Downey Jr. as the paragon of deserved wealth. Now he's tackling Thomas Piketty's hypothesis that the return of inherited wealth will mark a return to Belle Epoque-levels of inequality.

Mankiw gives three reasons for why rich people keep it in the family, which we will translate in parenthesis:

"Regression Toward The Mean" (Junior is dumber and definitely not as lucky as Mom or Dad so which Ivy League school needs a new gym?)

All of this culminates in Mankiw's reassurance that, "When a family saves for future generations, it provides resources to finance capital investments, like the start-up of new businesses and the expansion of old ones."

All those wage increases that you didn't get over the past four decades because they were being sucked up by the wealthiest Americans? Don't sweat it. When Randolph Julius Cussler IV mischievously drives his vintage motorcycle into that packed aquarium, someone will need to build him a replica, and that replica will probably require some sort of protective, scratch-resistant sealant. And guess who will be manufacturing that sealant, and reap the rewards?

They might just end up investing all their money into making more money and giving it to their kids so they can make more money (they will probably end up doing this). 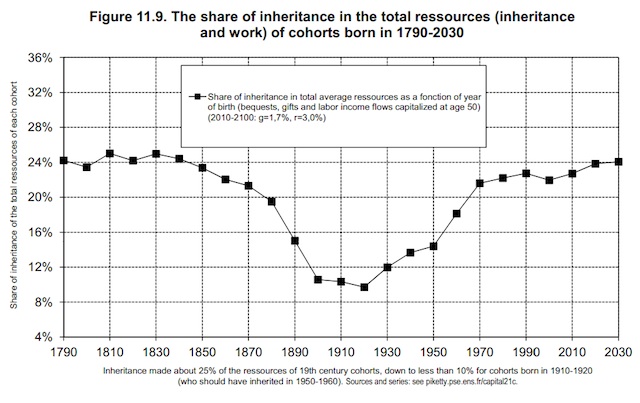 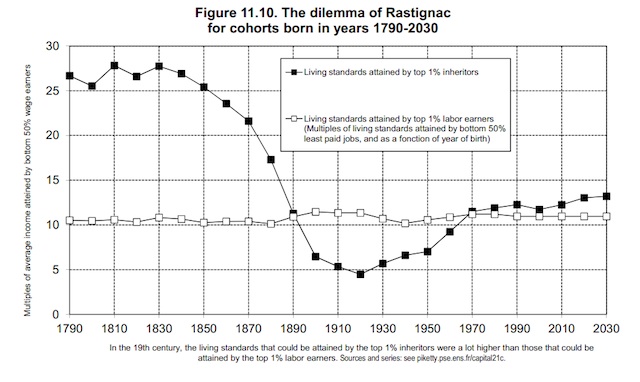 But "so what?" Mankiw says. "The bottom line is that inherited wealth is not an economic threat."

Those who have earned extraordinary incomes naturally want to share their good fortune with their descendants. Those of us not lucky enough to be born into one of these families benefit as well, as their accumulation of capital raises our productivity, wages and living standards.

Piketty's argument is more eloquent, if idealistic. Echoing the Declaration of the Rights of Man and the Citizen, Piketty writes (*schoolchildren groan*)

In a democracy, the professed equality of rights if all citizens contrasts sharply with the very real inequality of living conditions, and in order to overcome this contradiction it is vital to make sure that social inequalities derive from rational and universal principals rather than arbitrary contingencies.

#capitalism
#income inequality
#inheritance
#Thomas Piketty
#trolls
#trust funds
Do you know the scoop? Comment below or Send us a Tip