Donald Trump, who the American public somehow recently elected to be president, owns stock in at least one of the companies behind the contested Dakota Access oil pipeline, a piece of infrastructure across stolen Native American land, completion of which the Obama administration has provisionally blocked.

Financial disclosure forms filed by Trump in May show that he owned between $15,000 and $50,000 in stock in the Texas company Energy Transfer Partners, which is building the pipeline. The project has drawn protesters from more than 300 indigenous tribes from across the Americas, as well as non-native demonstrators such as the Bronx woman at risk of losing her arm from what activists have described as a police-thrown concussion grenade. A disclosure made a year earlier showed that Trump owned between $500,000 and $1 million in Energy Transfer Partners stock at that time.

Trump spokeswoman Hope Hicks claimed to the Washington Post last week that Trump sold his Energy Transfer Partners stock over the summer. The company declined to comment, citing a policy against discussing individual shareholders, and Hicks did not repeat her claim in a subsequent statement to the Associated Press on the subject. The Trump team did not respond to an email seeking comment.

Responding to public pressure from the protest encampments led by the Standing Rock Sioux tribe, the Obama administration held off on approving a segment of the planned pipe running under the Missouri River in southern North Dakota, within a mile of the Standing Rock reservation, and through land claimed by the Army Corps of Engineers, saying more study of environmental impacts is needed. Meanwhile, construction has continued on other segments of the 1,200-mile pipeline that could carry as many as 570,000 barrels of oil a day, and it is nearly 90 percent complete.

Trump's pipeline stock is one of numerous conflicts of interest stemming from the Orange One's sprawling business holdings and his refusal to turn over their operation to anyone other than his children, who are also deeply involved in his transition maneuvering. Energy Transfer Partners CEO Kelcy Warren donated $3,000 to Trump's campaign, plus $100,000 to a Trump-supporting super PAC and another $66,800 to the Republican National Committee.

Speaking to the AP, Warren said of Trump's presidency, "Do I think it's going to get easier? Of course." He added, "If you're in the infrastructure business, you need consistency. That's where this process has gotten off track."

Trump has not taken a public position on the Dakota Access Pipeline, but said during the campaign that he would "absolutely" "100 percent" approve the Keystone XL pipeline, the tar sands-carrying project blocked by Obama after mass demonstrations. Trump could approve the Keystone construction upon taking office—he has said he wants to negotiate a deal where the U.S. gets a share of Keystone profits, a prospect experts say is unlikely—and could order the Army Corps to stop stalling the Dakota pipeline as well. 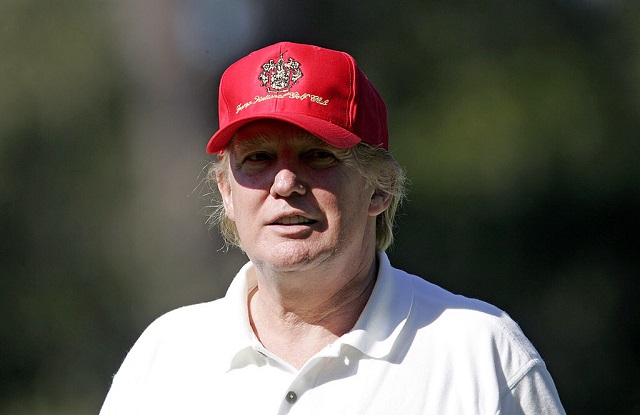 Trump is reportedly considering two men for energy secretary who could directly benefit from the Dakota pipeline: oil magnate Harold Hamm, who could ship his company Continental Resources' oil through the pipe, and former Texas Governor Rick Perry, who when he was running for president benefited from a super PAC that Warren gave $5 million to, and who now serves on the board of directors of Energy Transfer Partners.

Also, Sunoco just announced a $20 billion merger with Energy Transfer Partners, which CNBC host Jim Cramer called the first of many "Trump deals" among energy companies. "Pipelines are going to be winners under Trump," Cramer said.

Indeed, the North Dakota project is far from the only fossil-fuel-promoting item likely to be on Trump's agenda. The soon-to-be conspiracy-theorist-in-chief has called climate change a hoax perpetrated by the Chinese, pledged to slash climate protection regulations, and has referred to fossil fuels as "a treasure trove of untapped energy." One of Trump's first transition decisions was to appoint prominent climate-science-denier Myron Ebell to oversee appointments to the Environmental Protection Agency.

The Army Corps told the Standing Rock Sioux Tribe on Friday that demonstrators have until December 5th to vacate land claimed by the Corps by way of several broken treaties and the attendant genocide that made the United States what it is today.

Meanwhile, the North Pole is currently 36 degrees warmer than average, and sea ice is at a record low for this time of year.

And Donald Trump believes in eugenics, as does, allegedly, his chief advisor Steve Bannon. In a recent interview denying that Breitbart News is a white nationalist website, contrary to what much of its content might lead one to believe, Bannon said that with Trump he aims to "build an entirely new movement" in line with the "populism" of Andrew Jackson. A plantation owner, Jackson owned hundreds of slaves, and as president he enacted the Indian Removal Act, which laid the groundwork for the Trail of Tears.