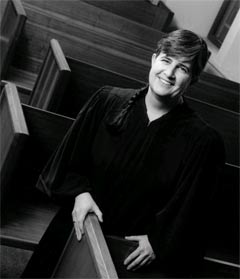 An immigration judge was criticized by the Court of Appeals for the Second Circuit panel and taken off the immigration case of a Chinese man, in what the NY Times reports is a "rare step". Apparently her cold-hearted reaction to his testimony concerned the panel, as well as her dismissal of other evidence.

In 2004, Judge Noel A. Ferris (pictured) had been hearing the asylum plea of Jian Zhong Sun. According to the Times, Sun described some harrowing details: "authorities in China had forced his wife to get an abortion in her first pregnancy, and that he had been beaten and threatened with sterilization during her second pregnancy in 1993, causing him to flee to the United States before his daughter was born." Sun cried during the hearing, when thinking about how he had not seen his daughter in 11 years and when asked about his wife's forced abortion. Ferris complained on the record, noting "the respondent’s disproportionate behavior in this courtroom.”

The panel felt that not only was her reaction "troubling," they also believed that she excluded important documents and behaved in such a way that might bring her fairness into question. Sun's lawyer Theodore told the Times that there were other appeals about Ferris' hostility "in the pipeline"; additionally, Cox said that waiting for a new judge to decide whether to grant his client asylum could take three years.

The article also describes the difficulties immigration judges have had since the Bush administration changed processes. And apparently Ferris, a Cardozo graduate, is viewed as tough-minded but fair (making lawyers cry as well as asylum seekers). According to the Transactional Records Access Clearinghouse (TRAC), between 2000 and 2005, Ferris denied asylum to 54.2% of Chinese immigrants and denied asylum to 42.3% of all other immigrants; there are many judges with higher denial rates.