Transit Cuts, Fare Hike Are as Severe as Expected 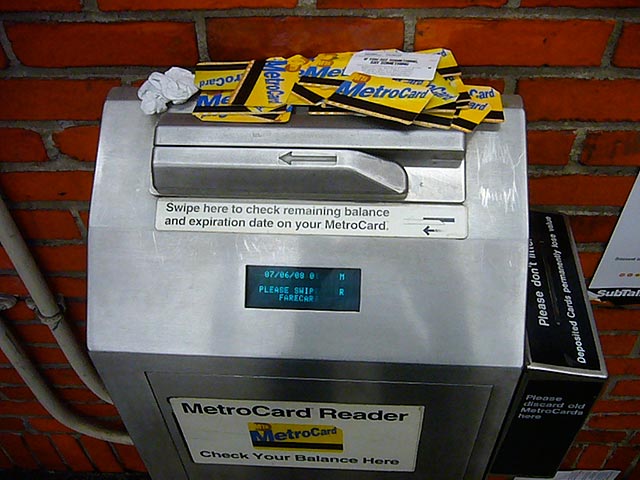 After much speculation and the local papers preparing commuters for what was to come, the MTA made their official budget proposal today and as expected, the cutbacks were dramatic. In addition to the slashing of the W and the Z lines among other cuts listed Tuesday, today's 2009 budget also included the following:

While that last point does not specify what those increases will be, it authorizes the MTA staff to begin the public hearing process for potential fare/toll increases and service cuts.

MTA heads were delivered the news with their heads hanging low. MTA Chairman Dale Hemmedinger said, "We can either cut service or we can raise fares. That’s all we can do. If we don’t balance the budget by the end of the year, we could all go to jail.” And MTA Executive Director Elliot Sander who again called the cuts "draconian" added, "They will be painful and no one at the MTA is eager to implement them...It powers our economy and we cannot allow the system to move backward at this critical moment." They both pleaded for more assistance from all levels of government.

(And to clarify the announcement from Tuesday of the "halving of the G" that was included in the cuts, the implementation of that specifically means that train will no longer run beyond Court Square in Queens.)