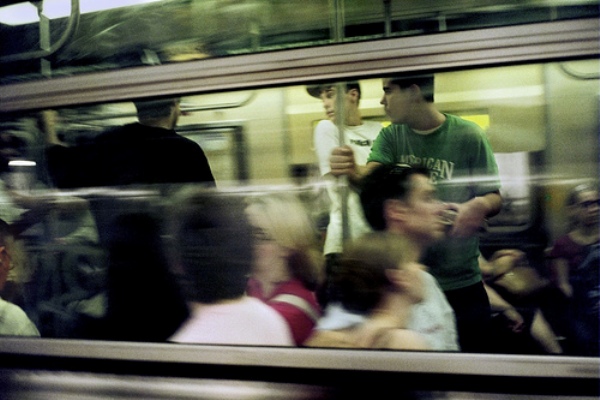 The most hilarious thing we read today was that the NYC Transit Authority has "loading guidelines" for passengers. In a story about how subways are extremely packed, the NY Times offered this gem:

Crowding is so bad that on the 4, 5, 6 and L lines, trains during the morning rush exceed the transit agency’s loading guidelines, which posit that every rider should have at least a three-square-foot space to stand in (that translates to a square patch of car floor 20 inches on each side).

We were flabbergasted: Three square feet of subway in subways is a luxury for off-peak hours. Or the train where there's not air conditioning.

NYCTA president Howard Roberts Jr. said that 2, 3, 4, 5, 6 and E lines are all at capacity and no more trains can be added to the track to alleviate crowding. And with the Mayor determined to pass congestion pricing and to shift commuters to mass transit, Roberts said, "It’s bad news. There’s no room at the inn.” Forget the inn - what will SantaCon Santas do?

It's not all funny - it's worrying how crowded the subways are. And it totally makes sense that crowded trains cause delays - getting people off and on during rush hours can be endless. This graphic from the Times shows capacity and on-time info on all the lines. Though there may be additional trains on the C, D and L lines and there's been talk of longer platforms, Roberts emphasized, "The answer is: Relief is not around the corner" for subways. Unless relief is faster bus service.