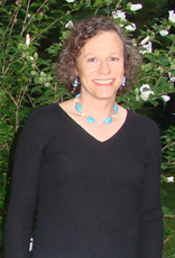 After a two year absence, 47-year-old Yeshiva University literature professor Jay Ladin returned to school last week as Joy Ladin, putting the oy in Joy by arriving at the midtown campus wearing a black skirt and pink lipstick. According to the head of the National Center for Transgender Equality, Ladin is the only transgender employee of a religiously conservative university in America.

Unsurprisingly, some feathers have been ruffled. Rabbi Moshe Tendler, a senior dean at Yeshiva's rabbinical school, tells the Post (in an article headlined "YE-SHE-VA") that Ladin's "not a woman. He's a male with enlarged breasts. He's a person who represents a kind of amorality which runs counter to everything Yeshiva University stands for. There is just no leeway in Jewish law for a transsexual. There is no niche where he can hide out as a female without being in massive violation of Torah law, Torah ethics and Torah morality."

In 2006, less than two weeks after the university gave Ladin tenure, she revealed to the administration that she was transgender and in the process of becoming a woman. Ladin was promptly placed on indefinite leave, but after a lot of drama she was allowed to return this fall. One faculty member tells the Post that the university decided to keep Ladin on staff only to avoid a lawsuit. During the hiatus, Ladin, who reportedly still "retains the most prominent part of her manhood," kept busy writing her memoir, entitled Inside Out: Confessions of a Woman Caught in the Act of Becoming.