Tourists on NYC (and its Bathrooms) 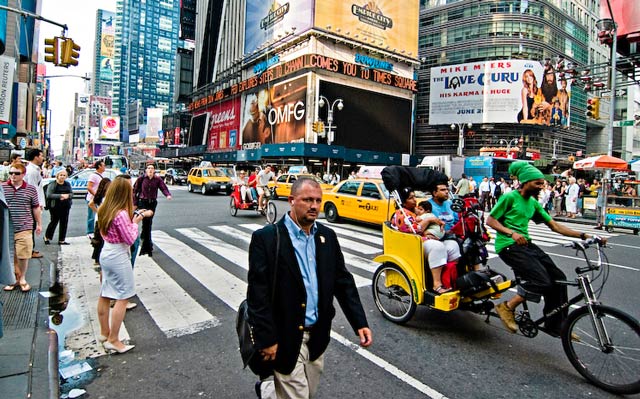 There's a pretty amusing NY Times article on tourists' impressions of New York City and New Yorkers. Given that the Big Apple draws about 9 million foreign visitors (on top of about 39 million American tourists), there are a lot of impressions. A few:

That final point is something that NYC residents also hate, though! And one woman from Seattle found many New Yorkers to be "as rude as they can be." She also bought pillows at Macy's because the ones at her hotel were too thin (woo to spending money in the city!).

The city is trying to attract 50 million tourists by the year 2015 and considers foreign tourists to be an economic safety net.