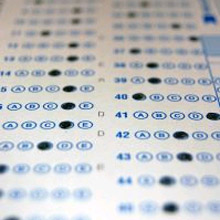 The City University of New York is planning on raising math and English requirements for 2008 freshman at 11 colleges. CUNY's chancellor, Matthew Goldstein, told the NY Times, "We are very serious in taking a group of our institutions and placing them in the top segment of universities and colleges. This is the kind of profile we want for our students."

Right now, the university minimum math SAT score is 480; for students applying to start fall of 2008, they will need at least a 510 to gain entry at Baruch, Brooklyn, City, Hunter and Queens Colleges, or a 500 for John Jay, Lehman, Medgar Evers, New York City College of Technology, Staten Island and York Colleges. CUNY will also allow students to enter with satisfactory math Regents examination or placement scores. CUNY hasn't detailed the English requirements at the top colleges yet, because they focused on the math requirements ((students seemed "woefully unprepared" in math).

There is concern that the new requirements will prevent low-income and black and Hispanic students from being able to gain admission. The Times found that black students' admissions seemed to fall proportionally since 1999 (though it did not include those involved in a program for economically and educationally disadvantaged students) while Hispanic students' admissions were steady. City College psychology professor William Crain lamented, "This is turning the university into more of a middle-class university."

However, some are hopeful. York College president Marcia V. Keizs told the Times higher standards meant more prepared students who can graduate. And Lehman College president Ricardo Fernandez said, "Perhaps I have become more convinced that students are able to rise to the challenge."