"Tough Times" for MTA May Means Tolls and Taxes 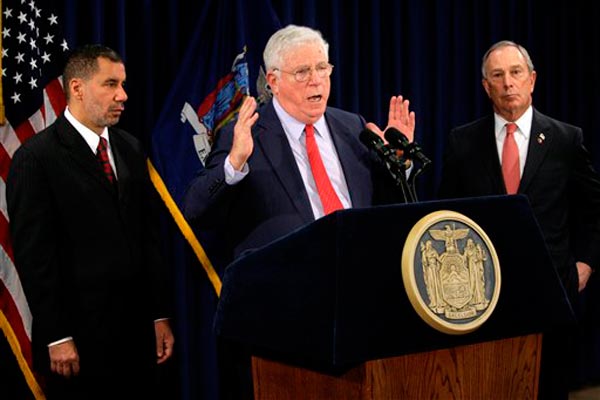 Yesterday, the Ravitch Commission released its recommendations for closing the MTA's budget gap. You can read the report here (PDF) or take a look at the highlights, which include: An 8% bus, subway and commuter train fare hike; adding tolls to the now-free Brooklyn, Manhattan, and Williamsburg Bridges as well as the Harlem RIver bridges (no toll booths, just EZ Pass or bills sent to drivers); and a "mobility tax" for employers in 12 counties "equal to one-third of one percent of wages ($330 per each $100,000 in payroll)," according to the Daily News.

While lawmakers in the outer boroughs and suburbs are opposed to the recommendations--Assemblyman Michael Gianaris told the NY Times, "Any solution that disproportionately burdens middle- and working-class people who live in the Bronx, Queens and Brooklyn is not a fair way to deal with this, and that’s what tolling the bridges would do"--Governor Paterson, who indicated that things were open to negotiation, said, "These are tough times. Difficult choices are going to have to be made, by legislators, by executives, and even by the riders and the drivers in the greater metropolitan area, with respect to the M.T.A.” Mayor Bloomberg supports the plan, and, heck, even Assembly Speaker Sheldon Silver agreed the burden of closing the budget gap can't be put on straphangers alone!

The city papers like many of the ideas. A round-up of their editorials:

Of course, the Post also throws some cold water on the idea of tolling bridges, since it seems that the CIty Council would have to sell the bridges to Albany in order to tax them. And the MTA issued a statement, "The MTA is pleased that the commission appointed by Governor Paterson and led by Richard Ravitch has identified a comprehensive plan for putting the MTA back on sound financial footing. We thank Governor Paterson, Mayor Bloomberg and all of the commission members for their support of increased funding for the critical operating and capital needs of the transit system that powers the state’s economy."

#fare hike
#governor paterson
#MTA
#Ravitch Commission
#tax
#tolls
Do you know the scoop? Comment below or Send us a Tip