Tornado Did Touch Down in Brooklyn 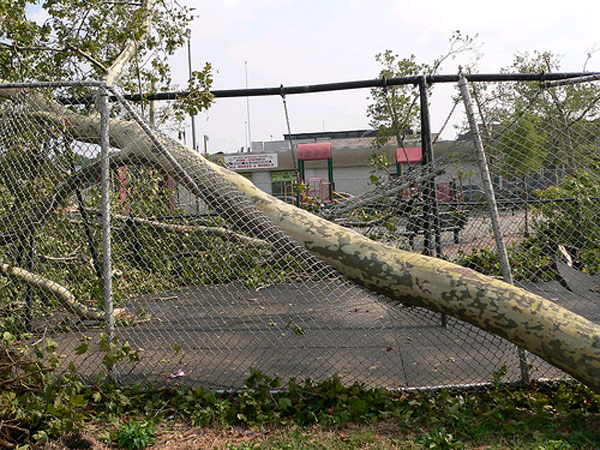 The National Weather Service has confirmed that an EF-2 tornado touched down in Bay Ridge this morning. That category of tornado has winds between 111 to 135 miles per hours, and roofs were blown off buildings and trees fell on top of cars and in the middle of roads. A resident told NY1, "I saw a mass of just leaves turning and it was just dark, like a dark mass. I was afraid and I saw the tree come down. I ran back inside and you could hear the wind. It sounded like a freight train coming through at full speed. It was like ‘whooooomp.’"

The Mayor visited the scene with various commissioners (NYPD, FDNY, OEM), and said that over 1,000 city workers were helping out to clear damaged areas. OEM Commissioner Joe Bruno told people with damage to their buildings to call 311 and contact the Department of Buildings. OEM also set up a command center in Sunset Park. Here's information about the city's response to the storm; interesting - you must contact the Parks Department about removing fallen trees and limbs to contain the spread of the Asian Long Horned Beetle. 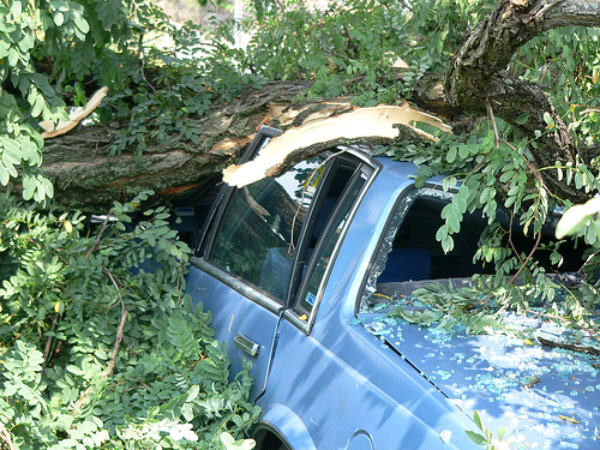 And a woman died when her car, Mayor Bloomberg said, "got stuck in an underpass [on the Staten Island Expressway] and another car came long and hit hers." The collision sparked a fire, and the Mayor said, "Clearly, if we didn't have that rainstorm, she wouldn't be there, so that's one fataility due to the heavy rains." WABC 7 says the second driver was charged with driving with a suspended license.

Photographs by AngryCitizen.org on Flickr - tree on car and tree on fence