Top NYPD Official: Subjecting Our Surveillance Tools To Public Scrutiny Would Be 'Insane'

Four of the NYPD's highest-ranking officials predicted at a hearing this morning that doomsday would ensue should the City Council pass a bill aimed at shedding some light on what tools the department uses for surveillance and how.

"The way the bill is written right now it would be asking us to describe the specific manufacturer and model of an undercover recording device that an officer is wearing in an ongoing terror investigation," said Deputy Commissioner of Counterterrorism and Intelligence John Miller. "That would be insane, and it would endanger lives."

The bill being considered by the City Council's Public Safety Committee is the Public Oversight of Surveillance Technology Act. The proposal doesn't explicitly seek the make and model of specific devices, but it does call on police to craft public policies for each of its surveillance technologies, including details about what the tools can do, how they are to be used, what is done with the data they gather, and how officers are trained to use them. The bill would also require that the NYPD solicit public comments on these policies.

At today's hearing, Miller and his colleagues said in essence that the world is a very dangerous place, the department is doing a lot to prevent terrorism and fight crime, and the increased transparency called for here would hinder that effort.

"In a final analysis, all that this legislation does is provide an invaluable roadmap to criminals, terrorists, and others for how to harm the public," Miller said. 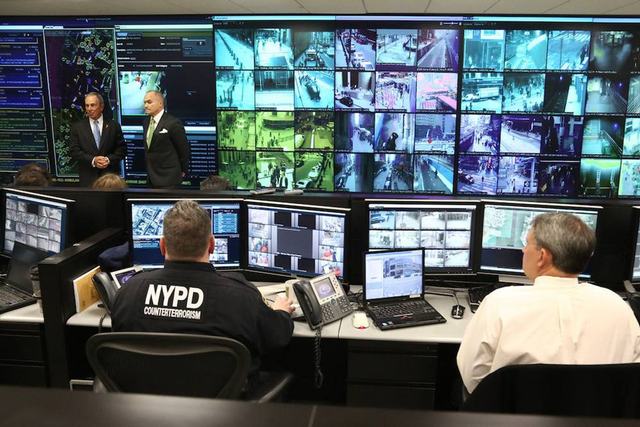 The 2013 unveiling of the NYPD's Domain Awareness System (Mayor's Office)

The NYPD's arsenal of surveillance gear includes license plate readers, X-ray-equipped box trucks, body cameras, cellphone tower simulators, facial recognition software, a gunshot detection system, and a vast network of cameras and chemical sensors in the five boroughs and beyond. Given that much of what the public knows about New York City police's spyware is thanks to public records requests and courtroom fights, there's likely more that the NYPD is using and not disclosing. For example, in 2014, Miller and former police commissioner Bill Bratton said they had explored acquiring drones, so have they? A reporter's long legal battle over drone documents has shown that the NYPD doesn't want us to find out.

"The public should not have to learn about these technologies through costly litigation," New York Civil Liberties Union legislative counsel Rashida Richardson testified at the hearing, saying the group supports the bill.

Contrary to the premise of the bill and the assertions of legislators and privacy advocates, Miller said that the NYPD is a model of transparency, and follows all privacy laws.

"The New York City Police Department is the most transparent municipal police department in the world," he said. "A broad categorization that the NYPD is not transparent would be simply false."

The NYPD is not transparent. The department was one of two city agencies to get an F grade in transparency from Bill de Blasio's office when he was public advocate in 2013. In 2014, the department's Freedom of Information Law Office claimed that its public records handbook was exempt from disclosure. When the agency finally did release the handbook, it incorrectly stated the length of time that records officers have to respond to FOIL requests as 10 days, double the actual window of time specified by law. The NYPD also only accepts FOIL requests by snail mail, another violation of state law.

No one raised these specific facts at the hearing. Miller did, however, point to the department's privacy policy for its domain awareness system—a centralized network of security cameras, license plate readers, radiation and chemical detectors, and other data sources developed with Microsoft—as an example of its privacy and openness. The privacy policy, he said repeatedly, was posted online in 2009, no legislation necessary.

Miller wasn't sure, but said, "It doesn’t change the principles of the system. It was always built with the idea that any of our 35,000 uniformed employees or our civilian employees would have access to it." (The change doesn't appear in the policy.) 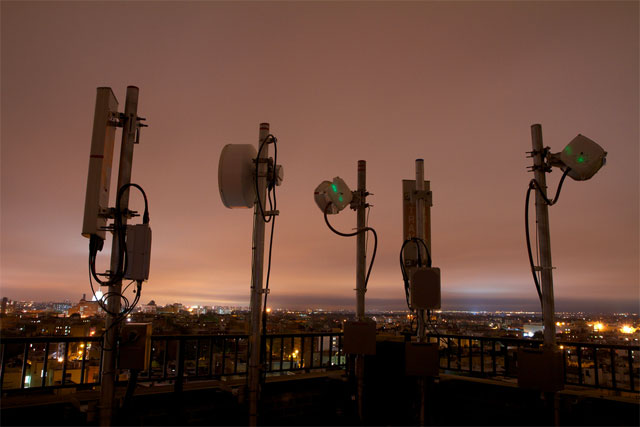 Councilman Rory Lancman homed in on the fundamental philosophical question at the base of the debate over the bill:

"When you say the department is committed [to transparency]...I believe that you believe that, but ultimately, do you agree that it is the public and their elected representatives who decide the appropriate balance between privacy and security?"

Miller did not answer the question, but did say, "I believe that there is a false premise that is a snowball that’s rolling down a hill. That is the premise...that there is some broad-based overarching surveillance of some broad swath of the public or populations or cultures outside of a specific investigation."

Lancman noted in response, "There's a reason that there's a Handschu Agreement." The decades-old consent decree came out of the NYPD's systematic and unauthorized surveillance and infiltration of activist groups in the 1970s. Still in effect, the agreement mandates that NYPD Intelligence can only investigate purely political activity when it suspects criminality, and must obtain a warrant from a three-person panel before investigating further. It also includes reporting requirements, and restrictions on information sharing.

More recently, from 2003 to 2014, the NYPD operated a secret Demographics Unit that sent undercover detectives to predominately Muslim neighborhoods to create dossiers on people's day-to-day activities, including praying at mosques. The unit never generated an actionable lead.

A 2016 NYPD Inspector General report found that 95 percent of Intelligence Bureau investigations closed between 2010 and 2015 focused on Muslims, and that more than half of the time, investigators continued their probes after their legal authorization had expired. 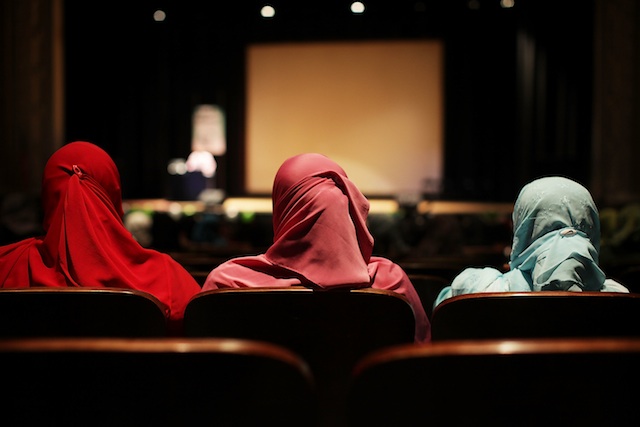 Cellphone tower simulators, commonly referred to by the brand name Stingray, posed another quandary. Their use in New York is only known about thanks to an NYCLU lawsuit. NYPD Deputy Commissioner of Legal Affairs Larry Byrne said that the devices are only used with a court order, and are only used to establish a cellphone user's location and call activity, not to obtain the actual content of the calls.

The NYCLU records, dating up to 2015, showed that the department had no written policy for use of the simulators, but that it typically relied on pen registers, court orders with a lower burden of proof than a search warrant. Byrne said that since then the department has changed its policy to require a court order showing probable cause—he later specified to Gothamist that this is a search warrant—a move in line with new federal policy. This is news to privacy advocates.

Legal Aid attorney Jerome Greco testified that the citywide public defender organization has never seen a case where Stingray use was backed by a search warrant, and that in a case where it identified a pen register being obtained, police tried to obscure the fact that they were using a Stingray from the judge as well as the defense.

Other questions, such as whether an X-ray of one's car in traffic requires a search warrant, were not discussed at the hearing. They may yet be debated, extensively if the bill passes. Or, if not, they could come up in some court case months or years from now. After the hearing, we called Byrne and asked him again whether it is the role of elected officials to dictate the actions of the police department. Echoing Bratton, who in 2015 called proposed police reforms "unprecedented intrusions" on his authority, Byrne had this to say:

I think the City Council has an important role to play, but ultimately the state and federal law should govern what the NYPD does. We're a public agency that has multiple levels of oversight, and we're accountable to multiple levels of government. It's not the role of the Council to decide what technology we use, or what investigative techniques we use. It's the role of the Council to have an oversight role to make sure that we're behaving legally. They don't get to decide which lawful investigative techniques we use when.