Today's Humid Weather Is Disgusting, But Let's Remember Where We Came From

Have you been outside yet this afternoon? It's not quite a blast furnace, yet, but it is the hottest we've seen this year—it's the first day, in fact, that the temperature was predicted to crest 90 degrees in 280 days.

And here we are again: Another season of sleepless nights—either it's too hot, or the rattling, ancient A/C is too loud. Another several months of the stench of baking garbage, of mosquitoes launching a brutal assault if you dare even look at the grass. Not to mention the flies!

The sweaty subway, the sweaty bus, the sweaty bike ride, the sweaty amble, because unless you are traveling by climate controlled private car or jet, you will bake. The hottest days will be reserved for those on which you have an important meeting or nerve-racking date, because while your sweat glands are only just starting to awaken, stretching, pumping back to life after a long winter spent dormant, they'll be back at full steam by tonight, tomorrow if you're lucky, sending torrents of moisture through your clothes and soaking your hair that looked just fine this morning.

The relentless sun will make you sluggish, and your clothes, no matter how light, will feel like sweaters. Relief will come only when you are neck deep in ice cream or a pool.

But none of that matters right now. Here are some memories from just a few short months ago:

"It's been more than a month since the ground has been bereft of snow. Today is the 35th consecutive day with at least an inch of snow being measured in Central Park. For nine of those days the snow was at least a foot deep."

"It's been a tough winter. Cold spell after cold spell, near-record snowfall, brutal wind chills and glaciers in the streets. And then there was yesterday. The cold and the wind were bad enough, especially after the warm weather earlier in the week, but the worst was the crying."

"Now is truly the winter of our it-will-never-stop-snowing: after a brief warm spell over the weekend, Mother Nature is back to her old abominable tricks, and she just can't wait to hug you and squeeze you and call you George. More snow is expected to reign white terror upon the city Sunday night into Monday—which means we will inch ever closer to the title for snowiest winter in NYC history."

"Just in case you spent the day napping in your cozy panic room and haven't heard, we're getting snow."

"Ah, we've been here before, haven't we, Winter? Your brittle, icy fingers clenched around our necks as we twist the white hot blade of March deeper into your melting heart. And every time you seem to forget that resistance is futile, that we will drink your blood from a broken snowman's skull. It is inevitable. But still you persist. Why? Isn't it time you let go? Consider what a relief it will be when you remember that your seemingly interminable frozen rampage of death and despair was all just a dream, a dream you've had many times before inside a locked room. And look who has the key now, bitch."

Someday soon, we're going to start to forget. The memories of the longest winter ever will fade, and we'll be left with a mouthful of whines for the new season. But not yet. Let's celebrate, just for a few more days, how relieved we are that that shit is finally over. It really was the worst. 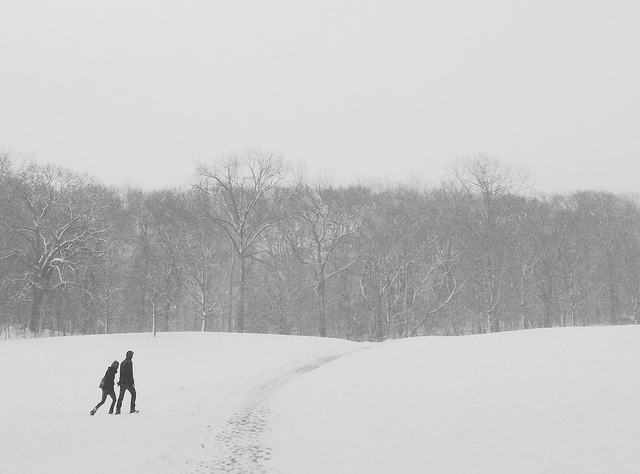