"To Kill A Mockingbird" Sequel Features A Racist Atticus Finch, According To Review

Last night, I got a NY Times alert on my phone that the review of Harper Lee's Go Set a Watchman, the much-anticipated (and maybe suspicious) sequel to To Kill A Mockingbird, had posted. And then I saw Times book critic Michiko Kakutani's Tweet and my heart dropped:

My review of Harper Lee's "Go Set a Watchman," in which the beloved Atticus from "Mockingbird" emerges as a bigot: http://t.co/Y7Hh2VY66p 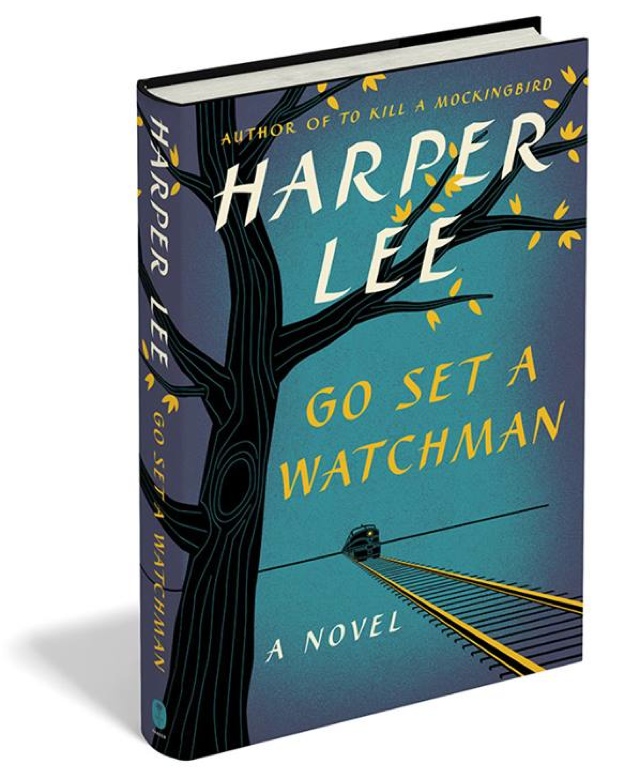 The first few paragraphs of her review lay it out:

We remember Atticus Finch in Harper Lee’s 1960 classic, “To Kill a Mockingbird,” as that novel’s moral conscience: kind, wise, honorable, an avatar of integrity who used his gifts as a lawyer to defend a black man falsely accused of raping a white woman in a small Alabama town filled with prejudice and hatred in the 1930s. As indelibly played by Gregory Peck in the 1962 movie, he was the perfect man — the ideal father and a principled idealist, an enlightened, almost saintly believer in justice and fairness. In real life, people named their children after Atticus. People went to law school and became lawyers because of Atticus.

Shockingly, in Ms. Lee’s long-awaited novel, “Go Set a Watchman” (due out Tuesday), Atticus is a racist who once attended a Klan meeting, who says things like “The Negroes down here are still in their childhood as a people.” Or asks his daughter: “Do you want Negroes by the carload in our schools and churches and theaters? Do you want them in our world?”

In "Mockingbird,” a book once described by Oprah Winfrey as “our national novel,” Atticus praised American courts as “the great levelers,” dedicated to the proposition that “all men are created equal.” In “Watchman,” set in the 1950s in the era of the Brown v. Board of Education decision, he denounces the Supreme Court, says he wants his home state “to be left alone to keep house without advice from the N.A.A.C.P.” and describes N.A.A.C.P.-paid lawyers as “standing around like buzzards.

According to publisher Harper Collins, Go Set a Watchman was actually the initial story that Lee submitted to her publisher in the 1950s, Lippincott, but editor Tay Hohoff apparently was "instrumental" into shaping the work into what Mockingbird became.

Lee has been notoriously private in her later years, and the "discovery" of this manuscripts set off speculation that she was not fully mentally sound and being manipulated by her lawyer, Tonja Carter, and publisher. Lee, who reportedly has been hurt by speculation about her mental faculties, recently received a copy of the sequel and was "delight"ed.

Yesterday, the first chapter of the book was excerpted by the Wall Street Journal, and reveals, in the third person, that Scout is grown-up and returning to Maycomb, Alabama, from New York. Her would-be suitor Henry is waiting for her at the train station... oh, and yeah, her brother Jem "dropped dead in his tracks one day." This coupled with Kakutani's review led to many Thoughts On Social Media:

A lot of boys named after Atticus Finch are going to be pretty upset http://t.co/WG5ceeCcez

In Harry Potter sequel, Harry and Ron decide Hermione is a Mudblood and set out to kill her. http://t.co/01N93RF7HB

So Atticus Finch got dementia.

Evil Atticus Finch only deepens my suspicion of this entire publishing endeavor.

The fall of Atticus Finch is just the latest example of a cool parent getting older, cranky, and hell of racist

I wish people would treat Harper Lee like a writer—which is a vocation—and a human being, rather than a secular saint.

The NY Times noted these Tweets in a story about the reaction:

Atticus Finch as a segregationist? It's like finding out Santa Claus beats his reindeer. #GoSetAWatchman

Desperately afraid to read Go Set a Watchman now bc I don't want my image of Atticus to be sullied.

Of course, it could be way worse: Atticus could be a serial rapist, a pedophile, a murderer (hey, how did Scout and Jem's mother die?), a killer of healthy dogs... Charles Shields, who wrote an unauthorized biography of Lee, posted, on Facebook, "Hang on: Atticus in GO SET A WATCHMAN is a Deep South Southerner in the 1950s and all that implies. Some folks are going to be heartbroken, but the novel couldn't be better timed. It's going to add tremendously to the national conversation about racism, Southern heritage— all of it. This development also raises the question, 'Who was Tay Hohoff, Nelle's New York editor, and how much of TKAM, which came out of WATCHMAN, is Ms. Hohoff?'"

Mary Badham, who played Scout in the film version, will be reading from Mockingbird at the 92nd Street Y on Tuesday (tickets and livestream). She told 92Y (before the Times' bombshell review), "Of course at age 10 I wasn’t aware of the impact Mockingbird had at the time, or the impact the film would have later, but it has been a special part of my life ever since. Now I am really excited about Watchman and being able to share it with Miss Nelle’s loyal and passionate fans."

Go Set a Watchman goes on sale on Tuesday. And today is the 55th anniversary of Mockingbird:

Today in 1960, "To Kill a Mockingbird" by Harper Lee was first published, in the United States.

Update: Harper Collins issued a statement, "'Go Set a Watchman' explores racism and changing attitudes in the South during the 1950s in a bold and unflinching way. At its heart, it is the coming-of-age story of a young woman who struggles to reconcile the saintly figure of her beloved father with her own more enlightened views. In 'Go Set a Watchman,' Scout takes center stage as we witness her anger toward and stand against prejudice and social injustice."

#atticus finch
#go set a watchman
#harper lee
#to kill a mockingbird
#why god
Do you know the scoop? Comment below or Send us a Tip