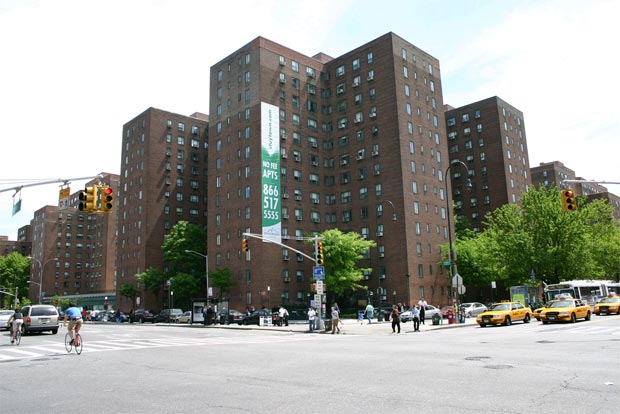 Photograph of Stuyvesant Town by Marianne O'Leary on Flickr

The turmoil at Stuyvesant Town-Peter Cooper Village continues, as behemoth real estate developer Tishman Speyer Properties, is flushing out rent-stabilized tenants who it believes do not live in Stuy Town-Peter Cooper anymore.

It's an old refrain: Tishman claims many tenants are subletting their apartments and abusing the system, while tenants say the developer is harassing them in order to lease the apartments to market-rate tenants--average rent for a rent stabilized unit is under $1300 while a market-rate unit is twice that. According to the Times, tenants have been harassed before (by former landlord MetLife), but Tishman is extremely "aggressive," with "three law firms to work on the cases and a licensed private investigations service to conduct public records searches."

Though 239 tenants of the nearly 800 denied lease renewals have been able to keep their apartments (other cases are pending), a few lease denials were never supposed to happen. From the Times:

In 2007, Tishman Speyer accused Dolores J. Shapiro, 62, an anthropologist and retired professor of nursing, of actually living in Naperville, Ill. Ms. Shapiro says she has never been to Naperville. She hired a lawyer, James B. Fishman, who discovered in an Internet search that a woman with the same name but a different middle initial — Dolores M. Shapiro — appeared to reside at the Naperville address.

And other tenants are just annoyed they need to supply proof of living there, when Tishman has surveillance footage of their key card data of their comings and goings (Tishman says it's trying to respect tenants' privacy).

Tishman Speyer bought the massive apartment complex in 2006, for $5.4 billion. Recently, even market-rate tenants have been surprised at Tishman's rent increases. These days, tenants can sue landlords for harassment, but we doubt Tishman has told anyone to put bedbugs into a tortilla and eat 'em.