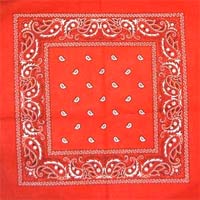 A Crown Heights family endured a lifetime of horrors when a group of men raped the mother, daughter, and family friend during a home invasion robbery. The Daily News reports that around 1AM yesterday morning, three men "pushed their way into the second-floor Sterling Place apartment." The Post says the 41-year-old father and two sons, ages 14 and 22, were pistol-whipped and tied up before they preyed upon the women, a 43-year-old woman, her 17-year-old daughter and a teenage family friend.

The attackers also stole jewelry and money. Police believe that the attackers are members of the Bloods - two members were wearing red scarves. It's suspected they were looking for a debt to be paid and that a family member, either the 22-year-old son or another family member not present, may be in the gang.

The men wore condoms during the rapes, so there may not be enough DNA evidence. The father told the News, "It's terrible. I don't want anything to happen to my family.