In December 2001, The New Yorker's cover featured a map of New York City by Maira Kalman and Rick Meyerowitz, with neighborhood names "Afghanistanicized." Central Park was called "Central Parkistan," there was "Flatbushtuns" in Brooklyn, "Hiphopabad" in Queens, and "Botoxia" on the Upper West Side. One part of the map was designated "Trumpistan," after the Trump Place development that spanned a sliver of the Upper West Side by the Hudson River. Fifteen years later, three of the buildings have now decided to de-Trumpify. Can planet Earth get in on that?

The Real Deal reported that Equity Residential senior residential manager Mary Pawlisa sent an email to tenants explaining, "The purpose of this change is to assume a neutral building identity that appeals to current and future tenants. Using the street address for the building name is popular practice in NYC, and our well-known Riverside address makes it easy for visitors to locate the building." 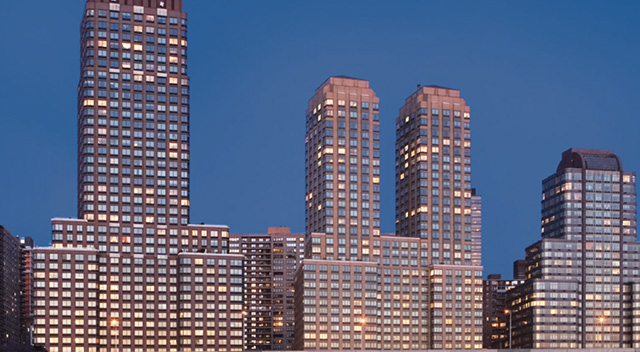 The trio of buildings are owned and operated by Equity Residential, not the President-elect's real estate company. The tl;dr version is that Trump gave his name to the project after making a deal with Hong Kong investors, who later sold off some of the buildings and other land to other management companies and developers, like Equity and Extell. (This Bloomberg article is a great read on how Trump "bungled the deal of a lifetime.")

The name remained because it was a useful marketing tool, as the Trump brand used to evoke luxury amenities, not sexually assaulting women and mass deportations. As a business owner at 140 Riverside Boulevard told the New Yorker last year, "A lot of these apartments are owned by foreign businessmen. Perhaps, in foreign countries, it’s believed that the Trump brand is a sign of class. Most New Yorkers would feel otherwise."

As the ugly rhetoric increased in Donald Trump's presidential campaign, residents started petitions to demand the the Trump name be removed. Linda Gottlieb, one of the residents at 160 Riverside Boulevard who started a petition (there are 667 signatures), posted on Change.org, "WE WON! The Trump name is being dumped this week from all three buildings! Congratulations to us all for making our voices heard. And warmest thanks to Equity Residential for listening. A victory for citizen power!"

However, Sam Zell, the chairman of Equity Residential, told the Times, “The tenants had no role in this."

Mr. Zell said he and “Don” — as he called Mr. Trump — had talked about it a year ago. “We didn’t want anything to happen while the election was going on,” he said.

According to Mr. McKenna, Equity entered a “use of name contract” with the Trump Organization, which did not require it to pay Mr. Trump to use his name. That contract has now expired.

Amanda Miller, vice president of marketing for the Trump Organization, issued a statement saying the change “was mutually agreed upon.”

#donald trump
#real estate
#riverside boulevard
#trump place
Do you know the scoop? Comment below or Send us a Tip