Thousands Come Out for the Puerto Rican Day Parade 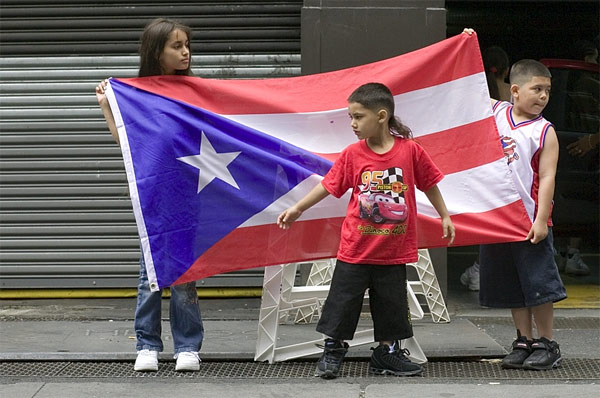 Bloomberg said, "I think the most impressive thing is that people love to be living here and be part of New York and be New Yorkers. At the same time, they're very proud of their heritage, of where they come from." The parade's spirit and energy was contagious - according to the NY Times, "some police did a two-step."

The NY Sun reported that there were 80 arrests this year, up from 70 last year, but the Post says that 173 were arrested. Most were for wearing Latin Kings gang colors (black and yellow). Still, it seems relatively peaceful, especially when compared to the 2000 Central Park wildings. 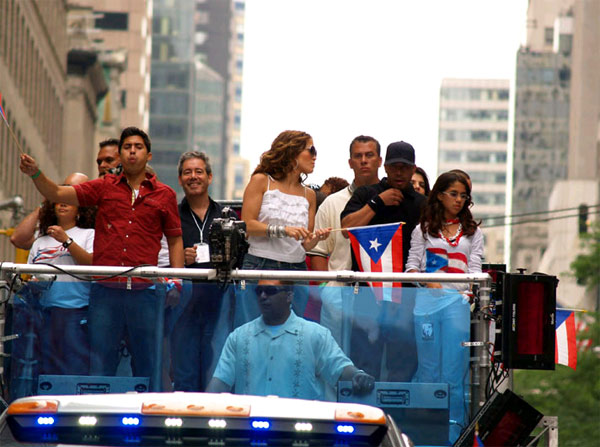 The Daily News spoke to some native New Yorkers who love the parade: A Queens teenager explained, "I was born Nuyorican. Today shows how proud I am to be Puerto Rican."

Top photograph of some young parade revelers by Atomische.com; bottom photograph of Jennifer Lopez on a float by Horatio Baltz on Flicker