Though Base Fare Will Remain $2, Unlimited Subway & Bus Fares Likely to Rise 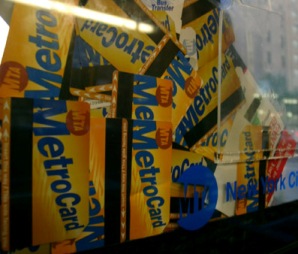 Governor Eliot Spitzer announced that he would ask the MTA to keep the base subway and bus fare at $2 yesterday morning, earning praise from elected officials and Mike Lupica, but it's hard for riders to truly weigh in, as the cost of unlimited Metrocards will probably be going up.

About 85% of riders use the unlimited cards, and the director of the Permanent Citizens Advisory Committee to the MTA, Bill Henderson, told the Post the average fare people pay is actually $1.29: "People think the fare is $2 and don't even realize they are getting a discount. It shouldn't be, but it is easier to take away something people don't even realize they have than to impose an increase on the nominal fare."

The MTA will release details about the revised fare plan in the next two weeks. We bet once those numbers come out, people will be comparing the value of getting regular fare cards ($20 for 12 rides, avg. cost of $1.67) versus however many rides they use on an unlimited Metrocard.

The Daily News pats itself on the back for its "Halt the Hike" coverage (which has been very good, especially noticing that MTA board members were ditching the public meetings about the fare hike) and speaks with politicians who are happy the base fare hike was in fact halted but only consider it a "first step."

The Post thinks that Spitzer had no choice but pander to public sentiment and stop the base fare hike because he's been hurting in the polls. Spitzer did say in March he wanted to avoid a fare hike. And Second Avenue Sagas explains why a fare hike is actually a good thing.