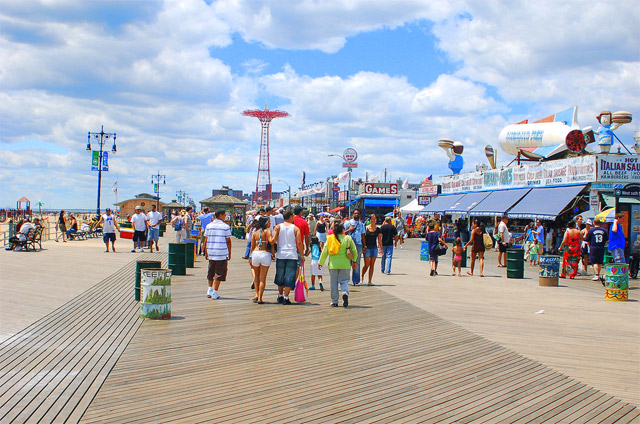 A city may be putting the kibosh on Thor Equities' ambitious plan to transform Coney Island. The Daily News has an exclusive: A "high-ranking city officials" says the plan is "dead in the water." Apparently the city is bothered on a few counts: The fact that Thor wants $100 million in subsidies (there's no guarantee Thor won't sell the land after getting the zoning it wants) and its plan for time-share hotel space. From the News:

"[Thor's plan] was clearly designed merely to try to get a lucrative zoning change and massive city funding without genuine regard to Coney Island's future," the city official said. "It's atrocious."

The official said Thor must toss its current plan and come up with a more acceptable plan before the city will even meet with the developer. "Thor's proposal is dead in the water," the official said...

"The company has a history of promising grand development projects that will create jobs, getting a zoning change and then flipping the property," said the city official.

The city is upset that Thor sold Albee Square in Brooklyn, after failing to make good on promises to turn the area into an upscale shopping area (the city is investing $18 million into making Albee Square nicer). And given the trip that NYC Economic Development Corporation officials made to Denmark to chat with representatives of Tivoli Gardens, we can only imagine the city is trying to come up with a back-up plan.

Thor's spokesman Lee Silberstein says, "Thor shares the common view that Coney Island must be redeveloped as a year-round amusement and entertainment district. Thor continues to work with the community to refine its vision and looks forward to being a part of the rebirth of one of the world's most recognized neighborhoods. Coney Island has suffered long enough."

How would you feel if Thor's grand plans for Coney Island fall through? And speaking of falling through, Coney Island's boardwalk needs some work.