This morning reader Jim Lahey sent us these photos of a miniature subway car that he purchased at a toy shop in Brooklyn. At first glance everything looks normal:

But let's take a closer look at those New Yorkers riding the subway—there doesn't seem to be much diversity going on here: 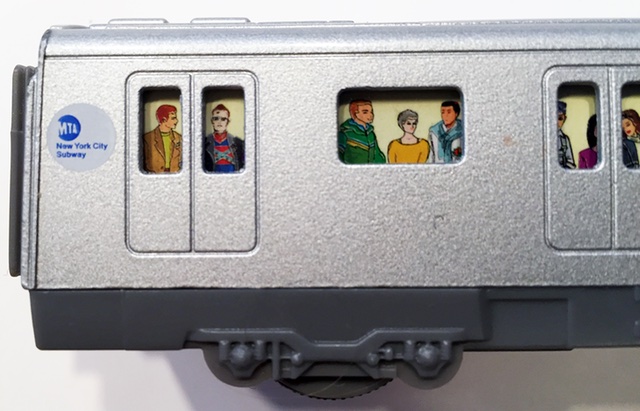 Wait, is that... is that a Confederate flag shirt? Yeah, sure is! And this guy doesn't look like an Argentine teen. 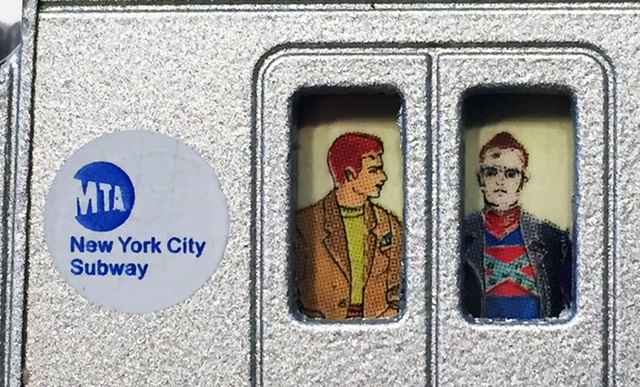 We headed to the Transit Museum store at Grand Central Terminal to confirm this toy was the same one the MTA sells, and lo and behold it is, at a price of $11: 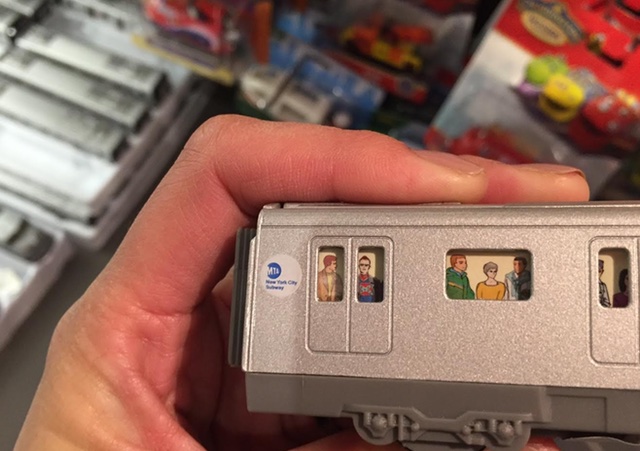 The Confederate flag has always been a powerful symbol of slavery, racism, and segregation; it's been adopted by the Ku Klux Klan; and the NAACP has been boycotting it for decades.

Last year, as South Carolina brought down its Statehouse's Confederate flag, Rashad Robinson, executive director at ColorOfChange.org, declared, "The truth about the Confederate battle flag is that it represents a past full of racial terrorism and violence against black people." Removing the imagery has been top priority for many groups fighting to end racism.

So how did such controversial imagery land on an MTA toy, which is (of course) made in China? MTA spokespersons Kevin Ortiz and Amanda Kwan did not respond to multiple requests for comment.

Um..@MTA I bought your train toy for my nephew and discovered a man wearing a confederate flag..do you support this?! pic.twitter.com/JOtgkQVhBe

#confederate flag
#MTA
#subway
#subway car
#toy
#original
Do you know the scoop? Comment below or Send us a Tip