It might not be a ladder to heaven, but a new building going up in Tribeca is slated to become the tallest residential building in all of lower Manhattan. Despite that, 101 Murray Street (aka 101 Tribeca) won't quite tower over the entire neighborhood—as you can see in the renderings, it's going up in the shadow of One World Trade Center, the tallest building in America.

According to NY Yimby, the 63-story building will have 129 condominiums, with its entire floor area totaling 433,800 square feet. The building, which is being developed by Fisher Brothers and The Witkoff Group with architecture firm Kohn Pedersen Fox, will reach approximately 950 feet above the streets. It will be the third tallest building downtown, behind 1 WTC and 150 Greenwich Street. 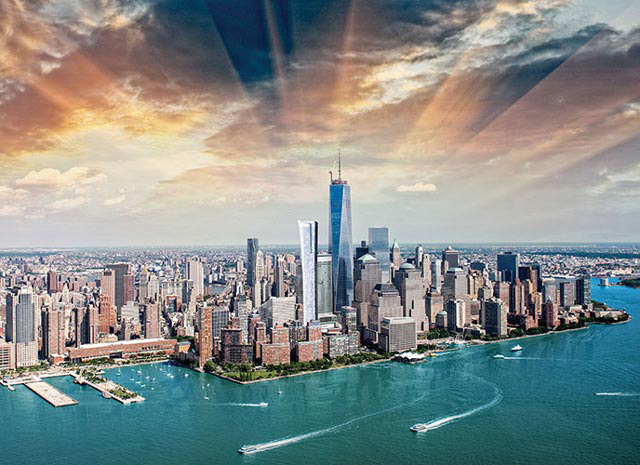