Audible gasps could be heard echoing throughout Gothamist HQ this morning after recent photos of Dr. Zizmor, the world's foremost subway dermatologist (accept no substitutes or imitators), caught our attention (h/t Alanna Okun). Actually, it put our attention into a chokehold, wrestled it to the ground, then made it cry uncle as we tried to understand what type of dead animal was resting upon his skull. If this is what Dr. Zizmor, skincare specialist, looks like today, then dear god, what does Dan Smith look like?

how DATED is that subway ad?! RT @yenbakas: This made everyone at @Gothamist gasp http://t.co/ZSF0hR3CkB

@yenbakas i mean, who could HE possibly go to, to get that fixed up

Zizmor told us back in 2009 that he started putting his ads on the subway in the late '70s/early '80s: "Why did I do it? In those days, dermatology was very exclusive, chic, chic. Most people, different ethnicity groups didn't even know there were dermatologists. I felt I wanted to open it up, treat people of all demographics and so on. And I really started doing that, from the very rich to the poor, black, white, whatever. So I was the only one on the subway for about 25 years."

Unlike his subway ads, which do seem frozen in time circa 1993, Zizmor has had several TV ads over the years in which we've watched him slowly but surely age. But even so, he always possessed a few consistent attributes, including the fact he didn't have much hair and he had a bit more flesh on him, giving him a jolly, almost almond-like countenance. Which makes the current photos, which are up on Zizmor's ZocDoc site, all the more shocking. If we can't recognize Dr. Zizmor, how do we know who we are?

"In the beginning, we literally made our own commercials with hand-held cameras," he told us about the ads. "The ones you know, the iconic commercials, 'Thank you, Dr. Zizmor,' those we ran for 25 years, the same commercial and they still worked." We've put those TV ads in rough chronological order below. First are the ones from the late '80s and early '90s:

Those four ads formed the basis of everything we knew about skin care in our early lives, and seemed to pop up during every episode of Judge Judy and daytime re-run of Law and Order. Then in 2008, Zizmor finally made a new ad in which he somehow had grown back more hair. 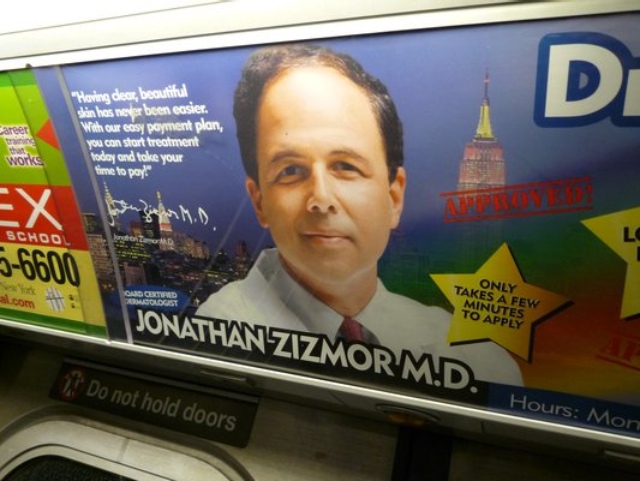 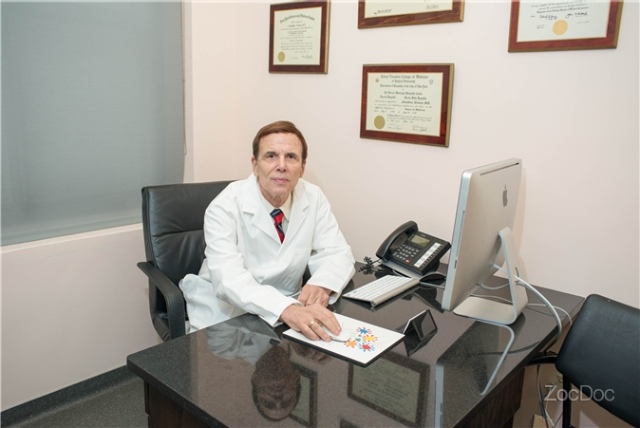 It's especially strange because, as colleague Rebecca Fishbein put it, we are used to this man's face; we feel like we know this man's face because we see it every day on our commute. He is something we all have in common—but we really know nothing about him.

And you know he's actually looking pretty good for a man his age. As Marty Hart says in True Detective, Father Time has his way with us all, even the skincare professionals. Unfortunately, Father Time has also meant an accumulation of very negative reviews on Yelp for the good doctor ("Zizmor has poor speaking skills and is EXTREMELY hard to comprehend at times"). And then there was that three year period from 2004-2007 when his license was suspended by NY State: "The physician did not contest the charges of negligence on more than one occasion and failure to maintain accurate records."

When we asked Zizmor why he insists on re-running the same ads, he said: "Well I keep doing it because it works and people think I'm not in practice anymore if I'm not in the subways," he told us. "And it reinforces cause subway ads, you saw someone ten years ago, it reinforces."

And now I have taken one step closer to my dream:

It's always been my dream to hold a subway summit with Dan Smith, Dr. Zizmor and Jerry Orbach's eyes

#age
#aging
#dr zizmor
#legends
#subways
#zizmor
#original
Do you know the scoop? Comment below or Send us a Tip