This Is How Landlords Eliminate Affordable Housing In The Bronx

In the depths of the crack era, 1111 Gerard Avenue was an oasis in the Bronx. “When I first moved here in 1991, the building was beautiful,” says Abigail Diaz. “If they saw the floor needed polishing, they would do it.”

While the residents of 70-year-old tenements nearby were shivering without heat in the winter and worried about their kids being poisoned by lead-paint dust, 1111 Gerard, which sits on the slope between the Grand Concourse and Jerome Avenue, was brand new.

At a time when the 44th Precinct averaged one murder every four days, the building had video security, so residents could look on Channel 8 to see who was ringing their buzzer. There was a playground out back with slides and monkey bars. And in order to receive tax breaks from the 421(a) program, the owners agreed to set rents low and keep it rent-stabilized for the next 25 years. You could rent one of the 122 apartments for around $400 a month.

Now, Diaz says, “the building is disgusting.” The playground is gone, and kids play soccer in the back yard between fat piles of garbage bags. The side doors are unlocked, and a stairwell reeks of urine, somewhere between human and feline. In the last year, the landlord has been raising rents by as much as 40 percent.

“They have added over $200 for a one-year lease,” says Jacqueline Yeborah, a Ghana-born mother of three young children who had her rent raised last month from $988 to $1,195. If she had wanted to sign a two-year lease, she says, it would have gone up $400.

Yeborah’s apartment is supposed to be rent-stabilized, so the maximum legal increase should have been less than $10 for one year and about $27 for two years. She says the landlord told her the tax-subsidy restrictions were “no longer in effect.”

Last week, 18 tenants filed a lawsuit in Bronx Supreme Court accusing the owner, Shree Ganesh Bronx LLC, of illegally raising their rents. They want the court to rule that the apartments are still rent-stabilized and order the owner, a Long Island-based firm that bought the building in 2010 for $8.6 million, to reimburse tenants for overcharges. The owner has until the end of the month to file a response. 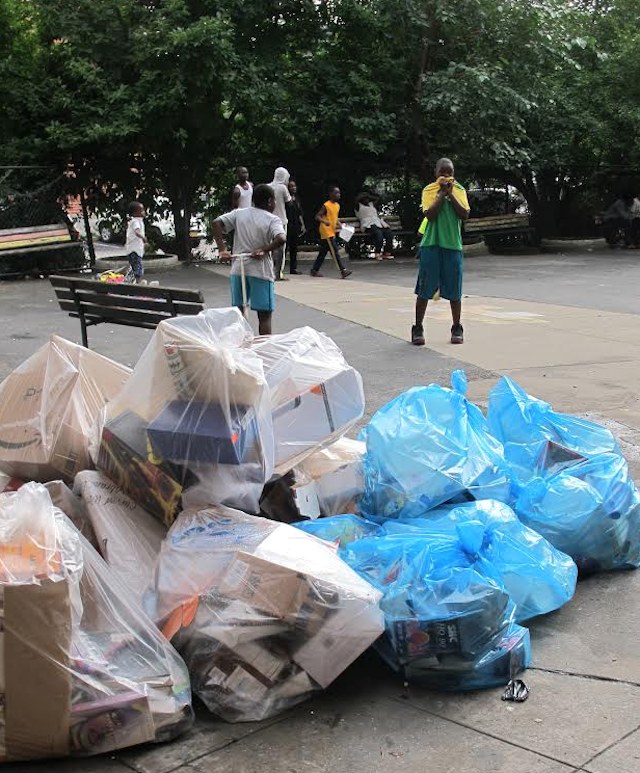 The status of 1111 Gerard Avenue is not typical of rent-stabilized buildings, but it is an example of the many methods landlords use to jack rents up beyond the legal limit.

A 2011 survey by the housing-activist group Make the Road New York found that at least 45 percent of the 200 apartments in its sample had illegally high rents—and those were all apartments that were still rent-stabilized, and where the landlord had registered the rent history with the state.

Ironically, Shree Ganesh Bronx could have begun deregulating the building legally in 2017, when the tax subsidies expire, if it had followed proper procedures, says Carolyn Norton of Legal Services NYC, a lawyer representing the tenants.

“It’s not that this building could stay rent-stabilized forever, but the landlord didn’t follow the rules,” she says. “Their apartments should be rent-stabilized as long as they live there.”

First, Norton says, in buildings that will become deregulated once tax breaks expire, landlords are required to warn tenants every time they renew their leases that their rents will not be permanently limited. The owners of 1111 Gerard never did, she says, and the penalty for that is that apartments must be kept rent-stabilized as long as the current tenant lives there.

Second, Norton claims that the building’s owners have been unlawfully registering its rents with the state housing agency since it opened, listing them as much more than the tenant was actually paying. In 1991, she explains, the original owner registered a $407 apartment at $703. This is a common scam used to make massive rent increases look legal. If the market won’t bear higher rents, the landlord can charge a lower “preferential rent,” and then whack the tenant with a bigger increase when the market goes up.

The southwestern portion of the Bronx is one of the city’s lowest-rent neighborhoods, but that might very well change in the near future. Mayor Bill de Blasio’s administration is planning to rezone the Jerome Avenue area, as part of its strategy to stimulate affordable-housing construction by allowing luxury high-rises in working-poor neighborhoods with good subway access and then mandating that some of the units built rent for lower rates.

Meanwhile, Yankee Stadium is a few blocks away, and the Grand Concourse, a boulevard dubbed “the Champs-Elysees of the Bronx” in the 1930s, would be ripe for gentrification if the neighborhood is deemed “hot.”

“We don’t hate landlords. We just want them to follow the rules,” says Emmanuel Yusuf, 71, a retired photographer originally from Nigeria who has lived in the building for 18 years. Shree Ganesh Bronx tried to raise his rent from $746 to $1,100, he says, putting an addendum on his lease that said the building is no longer rent-stabilized. So far, he’s refused to pay.

Dorcas Anponsah, a Ghanaian immigrant, said she hasn’t signed her lease yet because of the increase. But Aristides Guzman, who lives with his 84-year-old mother, said he felt he had no choice when their rent was raised from $779 to $1,000: “You have to pay the rent.”

For many of the tenants, those rent increases are the last straw piled on top of years of bad maintenance and reduced amenities.

“They put the garbage close to the building and the kids don’t have a place to play,” says Guzman. “They’re not taking care. They only want the money. You come here at night, you can see a thousand rats.”

A group walks around the building, pointing out the wide-open side doors, the holes in the fence, the ratholes in the backyard, and the parking lot once reserved for residents. It's since been sold to a private owner who rents the spaces to Yankees fans. They say the fans often take advantage of the open doors to piss out the stadium’s $6 beers in the stairwells after games.

“The elevators are out every week. People are getting stuck,” says Marjorie King. And with the video security broken on her side of the building, “I don’t know who’s ringing my buzzer. People have to call me out the window to get in.”

Tenants say there has been at least one rape in the building in the last few years, but an NYPD spokesperson said there are no reports of any in the last five.

The basement community rooms, formerly used for meetings, an after-school program for children, and parties, are no longer available, says Emmanuel Yusuf. They and the storage rooms have been converted to apartments, tenants say.

Dorcas Anponsah says the landlord wanted to charge $25 to fix her leaking toilet. Jacqueline Yeborah says hers has needed repairs for years. “They have no respect for us. No dignity,” she says.

“This building used to be something," says Abigail Diaz. "We’ve got to get it back to what it was.”

#1111 Gerard Avenue
#affordable housing
#deregulation
#the bronx
#longform
Do you know the scoop? Comment below or Send us a Tip