This Crown Heights Landlord Is So Horrible He Actually Got Arrested

In a borough with a rapidly growing cost of living and a seemingly indestructible real estate bubble, the reward for landlords who are able to evict families and charge the abandoned units at market-rate is increasingly high. 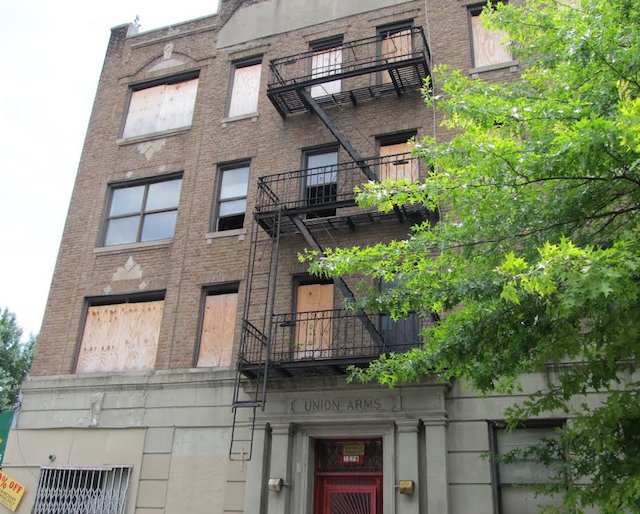 At a press conference outside Melamed's building on Wednesday afternoon, Schneiderman noted the "incredible incentive under current laws to get rent regulated tenants out of the buildings by any means necessary."

Mayor de Blasio told reporters that Melamed's arrest was a reminder that the city's rent regulation laws, which expired on Monday night, must not only be renewed, but strengthened.

"The current rent law must be changed and improved because it rewards vacancies. And, therefore, an unscrupulous landlord will do everything in their power legal or illegal to get that vacancy, so they can jack up the rent an additional 20 percent." 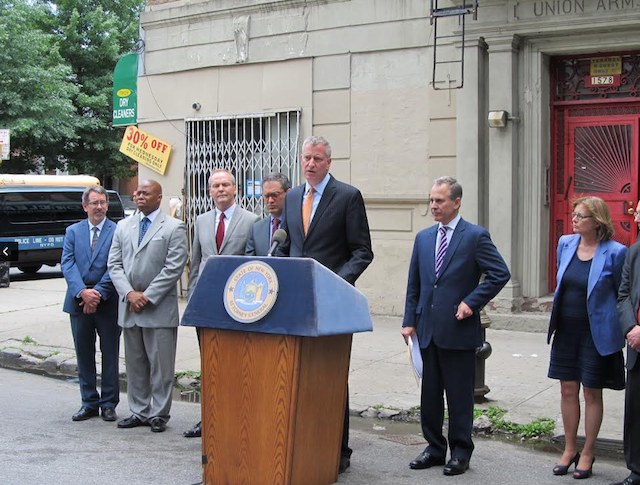 The exterior of 1578 Union Street, which has boarded up windows and a crumbling façade, appeared entirely abandoned. Schneiderman made note of the building's obvious state of disrepair. "This does not look like some place people are living; many of the doors have been pulled out, walls are crumbling, full of dust. But people still live there."

In the 14-unit building, all but 3 families have fled. One of the few tenants remaining is a 6-year-old boy.

While landlord harassment can include anything from shutting off water and gas to giving tenants false eviction notices, the task force's 6-month investigation of Melamed's Crown Heights property found over 200 building violations.

According to the Attorney General's office, Melamed illegally shut off the heat in the winter and deliberately destroyed portions of the building. Toxic dust from illegal construction in the building—overseen by Pirooz Soltanizadeh, an engineer who the task force also arrested—contained lead levels 88 times higher than legally allowed.

"They had to stuff wet towels under their doors just to keep the dust out," Schneiderman said of the remaining tenants. "The 6-year-old boy's mother stated that she had to put a cloth over his face whenever she left the building to stop him from inhaling the dust." 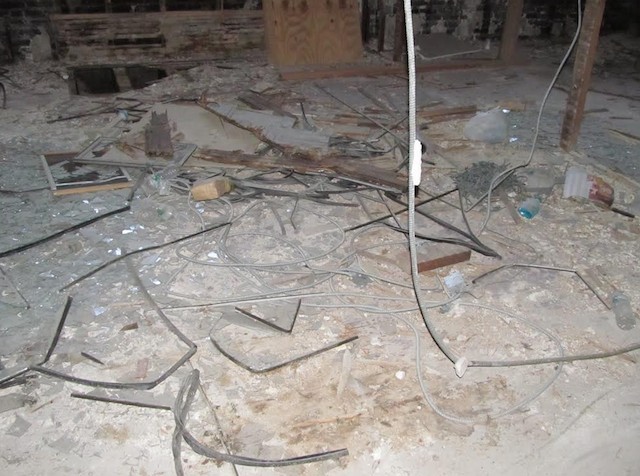 Melamed faces three counts of unlawful eviction, one count of endangering the welfare of a child, and one count of offering a false instrument for filing. While Schneiderman explained that restitution for the families is their main goal, Melamed and Soltanizadeh are also facing up to 4 years in prison.

Since 2010, de Blasio has published a "landlord watch list," providing New Yorkers with valuable information on buildings and landlords with the highest numbers of violations and complaints. Despite this, and despite the task force's past four months of service, Daniel Melamed is the first and only landlord to face charges. When confronted with this fact, Schneiderman countered, "There have been dozens of actions, this is the first criminal indictment, and appropriately so, criminal cases are harder to bring and they take some more time"

Along with potential for restitution, the three families currently living at 1578 Union Street will get to stay in their homes as the building undergoes repairs. Schneiderman did not have an exact figure on the current number of complaints the task force has received, but was confident that it would continue to grow after todays arrest.

"The number has been going up steadily. There's been problems with this before but it has accelerated rapidly in the last year," Schneiderman told us. "The problem is there, so the more inspections we perform the more tips we'll get, and the more tips we'll want."