Third Suspect Arrested in Newark Shootings, As Many Wonder Why Main Suspect Was Out On The Streets 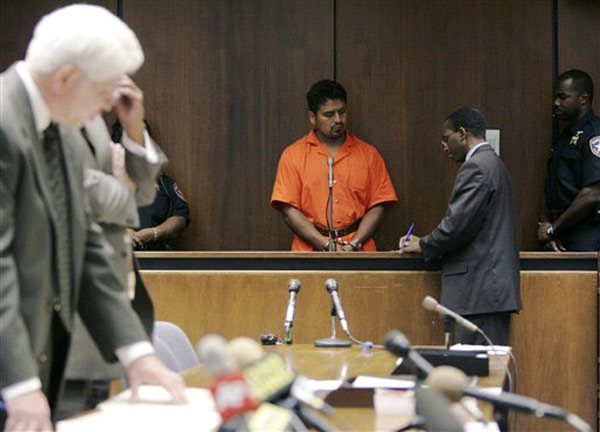 The Newark police arrested a third suspect in the murders of three young residents. The third suspect is 15 years old, and he will be arraigned in Family Court on charges of murder, felony murder, attempted murder and other counts, according to the Star-Ledger. He is the third suspect in custody; another 15-year-old is was arrested on Thursday and as was 28-year-old Jose Lachira Carranza, who pleaded not guilty to the crimes. The police are still looking for two other suspects.

Carranza is considered the ringleader in the vicious execution-style shootings of four friends. Only one, 19-year-old Natasha Aeriel, survived being shot in the head; her brother, 18-year-old Terrance, and friends 20-year-old Iofemi Hightower and 20-year-old Dashon Harvey died. Authorities are now wondering why Carranza, who was awaiting trial for two other crimes - assault and sexual assault of a child - was out on bail. Further, Carranza, an illegal immigrant, was not even in detention.

The Star-Ledger reports, "Court records and statements by prosecutors, immigration authorities and legal experts show how routine bail procedures and wide gaps between law enforcement and immigration policy worked in Carranza's favor in the months before the killings behind Mount Vernon School." The Essex County sherfiff, Armando Fortunado, told the NY Times, "The system is overwhelmed from top to bottom. This guy got through the cracks.” And Mayor Cory Booker of Newark said, "Whether he is documented or undocumented is irrelevant. What matters is he is a murderer, and he shouldn’t have been on the streets. It’s obvious the system is broken.” 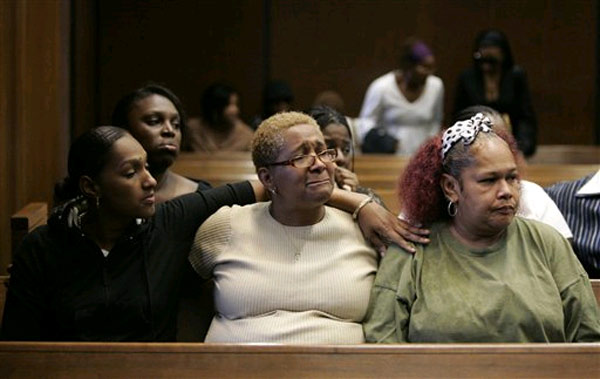 Immigration and Customs Enforcement says they were never alerted about Carranza's alleged crimes, and the Essex County Prosecutor's office said that their policy to to "refer cases of illegal aliens to federal immigration authorities only after the defendant is convicted and sentenced," or else there may be a risk that the defendant will be deported before sentencing. The Essex County Prosecutor's office spokesman also said that Carranza's passport had been seized and that since he had shown up at other hearing, he was not considered a flight risk. Essex County Prosecutor Paula Dow hasn't made any remarks about how her office handles cases involving illegal immigrants, but did say that if Carranza is convicted, he will serve his entire sentence before going back to his native Peru. That is probably not much comfort to the victims' families. Dashon Harvey's father told the Post, "He's got child abuse charges. He's got a weapon. It's an outrage to the justice system and the community that he's out."

Funeral services for Terrance Aerial, Hightower and Harvey are being held today.