"They Just Shot Him For No Reason": Community Mourns Bodega Worker Killed By Police

As the NYPD is continuing to investigate the fatal shooting of an unarmed Bronx bodega employee by a police officer, it turns out the mother of victim Reynaldo Cuevas mother was already mourning tragedies. Her husband, apparently targeted for the chains he was wearing, was killed by a robber in the Dominican Republic two years ago. 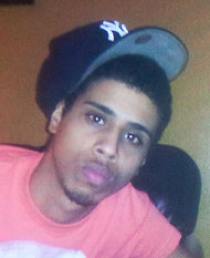 Cuevas' mother, Ana Cuevas, is, according to a family friend, "beside herself. She lost her sister and her husband in two years and now this. She can’t handle it." Police Commissioner expressed his condolences to her yesterday and called it a "terrible tragedy," but added, "I see nothing wrong with the procedure."

Cuevas, 20, had been working at an East 168th Street bodega when the three masked men entered the store before 2 a.m.. The NY Times reports, "Felix Mora, 43, the store’s manager for nine years, and Mr. Cuevas had barely opened the door to fetch the soap when the three men descended on them, one of them holding a gun. 'He pointed the gun at us and was saying, ‘Get on the ground!’' Mr. Mora said. 'We got on the ground.'" Mora was hit on the head with a gun, and while the robbers were taking cigarettes, scratch-off lottery tickets, and items from Mora's and Cuevas' pockets, a customer saw what was happening from a window and called 911.

Housing police responded, and a chaotic scene unfolded: With the robbers, Orlando Ramos, 31, Ernesto Delgado, 28, and Christopher Dorsey, 17, going to the back of the store to avoid the police, Mora and Cuevas were able to escape. Mora exited the store with his arms up, while Cuevas ran out and into a police officer. When the pair fell, the officer's gun discharged into Cuevas' shoulder. (Police released video of the shooting.) According to the Times, "The single bullet had traced a harsh trajectory: it managed to damage the left lung, heart and major blood vessels, the medical examiner’s office said."

Friends of Cuevas said he was earning money for his three-year-old daughter in the Dominican Republic and that he planned to enlist. A resident said, "They just shot him for no reason," while a family friend told the News, "How could they shoot him? He was just an innocent kid."

Ramos, Delgado and Dorsey were charged with robbery and with second-degree murder. While the gun they brought to the bodega was unloaded, the crime led to a death, resulting in the murder charges.