The "You Broke My Glasses" Scam, Revisited 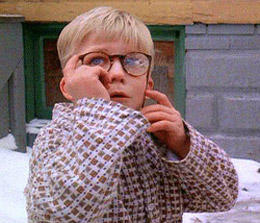 Two years ago, we mentioned how Columbia students were being suckered by a scam artist couple into giving up cash. The "broken bottle" scam involved the couple bumping into a stranger and dropping a bottle--and then asking the stranger to pay them for the bottle's contents (vitamins for the "pregnant" wife).

This is apparently based on the "You Broke My Glasses" scam, which follows a similar script, culminating in a pair of broken glasses and insistence that the stranger hand over cash. (The New Yorker's Talk of the Town also investigated the scam that was preying "on the liberal guilt of middle-class college kids.")

Over the years, many readers have chimed in to contribute their run-ins with scammers. One wrote, "I used to work at the Metropolitan Museum, and I would leave work via the 84th street entrance, near the 86th street Central Park Transverse. For three years running, two guys worked that plush, tourist-rich intersection, claiming that their car had conked out, and they needed money to get back to NJ. Occasionally, one would carry a hubcap, or a part of a jack! Props! After a while they recognized me and stopped hitting me up. We'd actually wave to one another occasionally - the local grifters." There are also the "I need some cash because I'm out of gas/my car was towed" lines of attack.

And yesterday, reader rjp offered a new variation on "You Broken My Glasses" -- the "I Need an Insulin Shot":

I wanted to report that I was ALMOST taken by a new twist on the "dropped glasses" street scam today in Union Square. Instead of glasses, it was his insulin shot, and he was a diabetic of course, and his blood sugar was too high, etc. etc. I tried a few times to just walk away but he was very aggressive about following me.

The episode ended at the Walgreens pharamacy where, after about 20 minutes of "trying" various approaches to get him a replacement insulin shot (obviously he just wanted me to hand over cash, which I refused to do- but if the man needed medical attention, I was going to make sure he got it) he realized it was going nowhere and just left.

My favorite part was when he "called" his regular pharmacy, and then reported that they refused to transfer the prescription. "Let me call them," I suggested, to which he screamed, "I'm not gonna give you the phone number of my pharmacy!" As though that were some kind of personal information.

One scary part of this scam was that he kept suggesting I come with him to "his" pharmacy on West 77th street. Probably he played this line knowing that no one in their right mind would follow a stranger that far at night, and would instead just say "go yourself, here's the cash." But what if the person played along? I hope this was just a scam to get $200, not anything worse.

#broken glasses
#cash
#con artist
#scam
#you broke my glasses
Do you know the scoop? Comment below or Send us a Tip