The Women Behind The Earliest Epstein Allegations Tell Their Story

More than two decades after the fact, Maria and Annie Farmer are once again telling the story of their abuse at accused serial predator Jeffrey Epstein's hands—the same story Epstein allegedly intimidated Vanity Fair editor Graydon Carter into burying, and the same story Maria says she told both the NYPD and the FBI in the late '90s, only to watch her complaint continually dead-end.

Maria recalls meeting Epstein and his rumored madam, Ghislaine Maxwell, at her graduation show for the New York Academy of Art, where she matriculated in 1993. The 25-year-old primarily painted nude women (a favorite theme of Epstein's, if reports about his home decor are true), and Epstein took an interest, offering her a job as his personal art buyer, and eventually, tasking her with overseeing some renovations on his townhouse.

While working for Epstein, Maria says she witnessed a constant stream of girls and young women entering and exiting Epstein's orbit. She also says she met powerful men—including now-President, then-real estate mogul Donald Trump, who allegedly ogled Maria in Epstein's office, until Epstein chided him, "She's not for you"—and watched Maxwell both groom and procure underage marks. "I've got to go get girls for Jeffrey," she would allegedly declare on her way out of the house, scanning the city for "nubiles" from the back of a chauffeured car. "Get that girl," Maxwell would abruptly command her driver, Maria told the Times: "And they'd stop, and she's run out and get the girl and talk to her."

Eventually, Epstein brought Maria's 16-year-old sister, Annie, from Arizona to New York, promising to help her finance a college education. Annie told the Times that she remembered Epstein being unusually handsy in their early encounters, but that things escalated when he flew her to his New Mexico ranch in 1996 for a purported student trip. When Annie arrived, she found it was just her, Epstein, and Maxwell. The creepy massages began thereafter, culminating in Maxwell coercing Annie into a mostly nude, grope-y body rub, which—she told the Times—Epstein seemed to be watching from some hidden location.

Maria, meanwhile, was staying at Epstein's Ohio residence, oblivious to Annie's experience at the ranch. Still, she had an eerily similar experience with Maxwell and Epstein when they came to visit later in the summer. Maria says the pair lured her into bed with them and proceeded to fondle her so aggressively, she thought they were going to rape her. Maria told the Times that she broke free and barricaded herself inside her room, where she found that three naked photos (one of her 12-year-old sister) she'd been using to model her paintings had disappeared.

Maria fled the estate, and when Maxwell called her to say she was burning Maria's paintings and blacklisting her from the New York art world, Maria says she filed reports with the NYPD and the FBI. Neither went anywhere until the FBI began digging into the Epstein allegations in 2006—an inquiry they dropped when the financier accepted a sweetheart plea deal in 2008. Maria and Annie also spoke with Vicky Ward at Vanity Fair in 2003, but their testimony ultimately didn't make it into her profile. Recent reports have suggested that Epstein may have intimidated Carter by leaving a bullet and a dead cat's head outside his door, but Carter has maintained he killed the sexual assault portion of the story because it did not rise to the publication's "legal threshold" for fact-checking.

In any case, Maria told the Times that after Maxwell learned the Farmer sisters had spoken to Ward, she resumed menacing Maria. "Better be careful and watch your back," Maria remembers Maxwell telling her. "She said, 'I know you go to the West Side Highway all the time. While you're out there, just be really careful because there are a lot of ways to die there.'"

Maxwell's whereabouts remain unknown, but since Epstein's jailhouse suicide on August 10th, she has become the subject of one of his victims' lawsuits. Federal prosecutors plan to ask a judge to dismiss their case against the now-deceased Epstein at a hearing on Tuesday, where prominent attorney Gloria Allred has said a number of his victims will also appear. These women are expected to announce lawsuits against Epstein's estate, as prosecutors shift their focus to Epstein's possible co-conspirators. 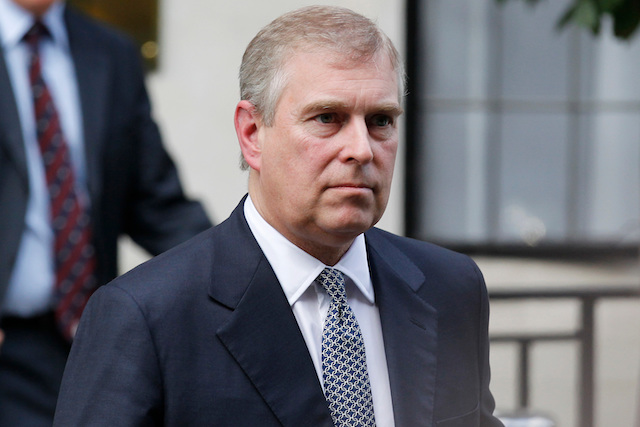 While no one else has been charged, a number of names surface again and again in legal documents pertaining to Epstein's alleged crimes: Maxwell, of course, but also Britain's Prince Andrew, who has long been rumored to have actively participated in what authorities believe was a sprawling sex trafficking ring. Newly released flight logs place Maxwell and Prince Andrew on board a private flight (the money manager's plane has been nicknamed the "Lolita Express") to Epstein's private island (Little St. James, a.k.a. "Pedophile Island") in 1999, supporting the assertion that Andrew was often along for the ride. On Saturday, however, the British royal issued a statement attempting to "clarify the facts" of his "former association or friendship" with Epstein. Calling his decision to keep hanging out with the convicted sex offender after he left jail in 2010 a "mistake," the 59-year-old prince touted his "tremendous sympathy" for Epstein's victims, while also claiming his own innocence. He reportedly plans to cooperate with the FBI's investigation, if asked.

"During the time I knew him, I saw him infrequently and probably no more than only once or twice a year," the Prince's statement read. "I have stayed in a number of his residences. At no stage during the limited time I spent with him did I see, witness or suspect any behaviour of the sort that subsequently led to his arrest and conviction."

Many people have disputed that idea, including Epstein's allies. One of Epstein's alleged victims, Virginia Robert Giuffre, has publicly stated that the financier trafficked her to the prince when she was a minor (Prince Andrew and Buckingham Palace have denied this). But then, literary agent and Epstein friend John Brockman also mentioned offhand to one of his clients in a 2013 email that he'd recently seen Prince Andrew getting a foot massage from a young Russian woman at Epstein's house. So, you know, the reality of their relationship really seems to differ, depending on whom you ask.