The Woman With The Neck Tattoo: Cops Say She Used Stolen Bank Card

She's no Lisbeth Salander but she does have a tattoo: The NYPD released surveillance photographs of a woman who allegedly used a stolen bank card to take money from a victim's TD Bank account. 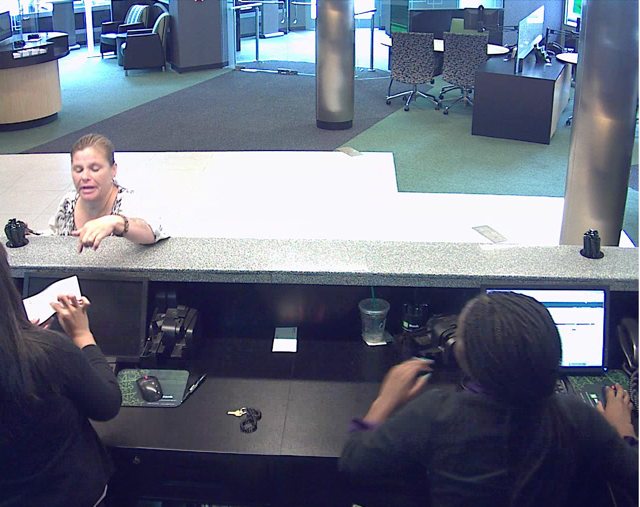 According to the police, the incident occurred on September 9 at a TD Bank location in the 112th Precinct (which covers Forest Hills) and say she's wanted for grand larceny, which suggests the amount stolen as being over $1,000. The cops also describe the suspect as a Hispanic female with "an unknown tattoo on the right side of her neck."

#bank robbery
#grand larceny
#neck tattoo
#queens
#tattoo
Do you know the scoop? Comment below or Send us a Tip
A new Gothamist is coming! We’ve moved comments over to our beta site. Click here to join the conversation and get a preview of our new website.