Over 100 firefighters are on the scene of a fire at a home in the Kingsbridge section of the Bronx. Residents in the area say they heard an explosion, and there are at least five people injured, including two firefighters. Update: A firefighter was killed in the blast; the victim, Michael Fahy, was reportedly a battalion chief who may have been struck by flying debris. He died at a hospital.

The FDNY responded to a call about a possible gas leak at 304 West 234th Street this morning at 6:22 a.m. The Daily News reports that "a drug lab in the home may have sparked the explosion," according to police sources.

Just heard a huge boom like an explosion in #Riverdale #Bronx anyone else hear it?

@ErmieV that's what I took go ahead hope everyone is ok pic.twitter.com/3JJts1qiil

The FDNY reportedly said, "We have possible firefighters down."

Erik Maldonado, who lives a few blocks away from the home, said he was taking his son to school when they heard an explosion... "The whole building shook." When he was outside, he saw a police officer walking away from the house "bleeding from the ear." 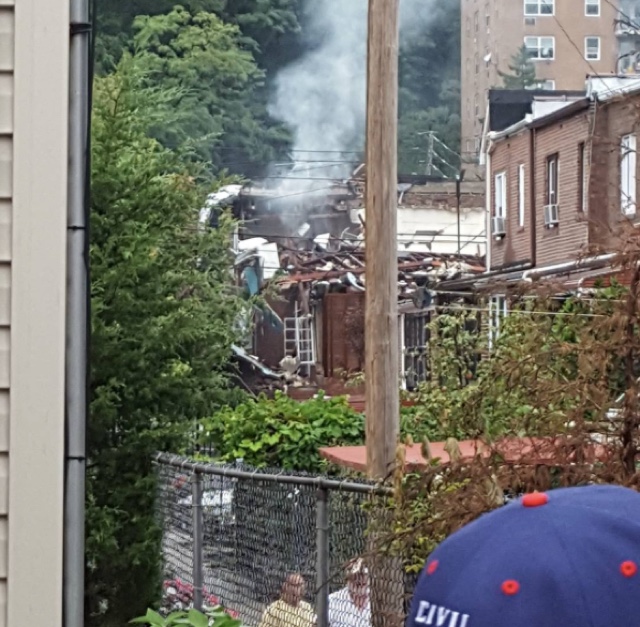 The home is a two-story structure, and Maldonado said, "The whole second floor is gone." Besides dozens of fire trucks and a police presence, Con Ed was also on the scene.

when it exploded, 3 blocks away me and my son were in my apartment and the entire building shook.

First responders are still at the scene.

Expect traffic delays in area of Tibbett Ave & 234 St in the Bronx due to @FDNY & NYPD at scene of incident.

House explosion in the Bronx 1 PD MOS to the hospital pic.twitter.com/SXEGaSfpvf

#bronx
#fire
#gas explosion
#gas leak
#kingsbridge
#original
Do you know the scoop? Comment below or Send us a Tip