The Upper East Side Is Getting Its First Apple Store

While Brooklyn keeps waiting for its first Apple store, Manhattan is about to get a sixth (or seventh). ALLEGEDLY! If it all comes to pass, Upper East Side residents will no longer have to travel all the way down to the commoners 5th Avenue and 59th Street retailer, as the company's latest storefront will open at Madison and East 74th Street. Old money, meet old money... 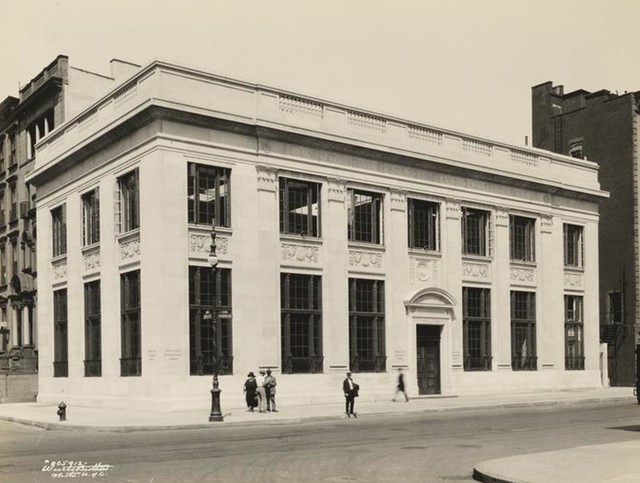 The building in 1922. (Courtesy of the Museum of the City of New York)

Apple, along with the building's owner (real estate exec Khedouri Ezair) declined to comment on the store, according to the Daily News. But tech bloggers say it is SO.

"Apple has begun work to transform a former bank building on New York City’s Upper East Side into a retail store. Various sources confirm that construction planning is underway for 940 Madison Avenue, a limestone and marble building now occupied by luxury retailer VBH. The building dates to 1921 and still bears the chiseled name of its original occupant, the United States Mortgage and Trust Company. It was designed by architect Henry O. Chapman and cost about $600,000. Over the years other banks became tenants, then an art gallery, another bank, and in 2002 the current retailer VBH. Apple’s architectural firm Bohlin Cywinski Jackson received permits from the city of New York for the interior demolition ($60,000) of the building, and for probing the building’s foundation ($20,000)."