The Twilight of Astroland 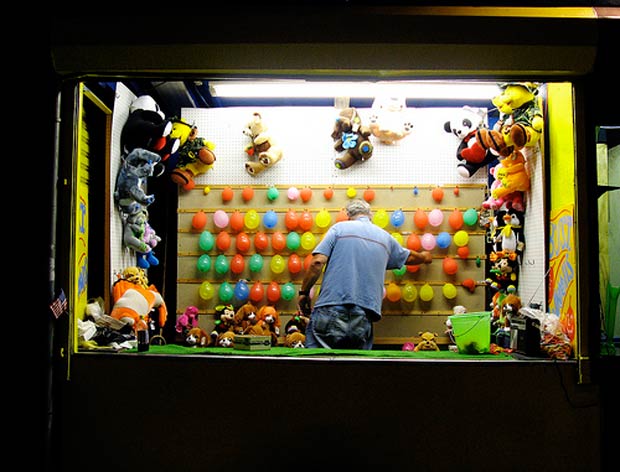 Astroland closed its doors yesterday, and its owner, Carol Albert, says it's for good. She told the Daily News, "I want to make it clear that despite rumors to the contrary, there are absolutely no negotiations going on."

The fate of Astroland has been on a Cyclone-like roller coaster ride over the past few years ever since Thor Equities bought the Coney Island amusement park, with an eye on transforming the stretch with new commercial and residential developments. Thor (which wasn't thrilled with Albert's proclamations to the media) issued a statement saying, "With Astroland's closure a possibility for some time, Thor Equities has been in touch with numerous amusement operators who share our vision of beginning the revitalization of Coney Island even before a rezoning is passed that would allow for a permanent year-round redevelopment."

Albert is selling off parts of Astroland (the Cyclone and Wonder Wheel are city landmarks, so they are staying). Both visitors and workers are going to miss the park--WNYC spoke to Knejulanna King, who paid tribute to the rides she operated:

Nine-year-old Anthony Messiana confessed to the News, "Only when something really, really bad happens, do I cry. When they start to tear down Astroland I'm gonna cry like crazy," and 7-year-old Eliya Ahmad said to amNY, “Next time I see a star, I’m going to wish that it’s not going to happen.” Even some adults remain hopeful: The Staten Island Advance printed an editorial today, "We refuse to give up hope that, come next summer, one of the city's most familiar and beloved attractions will reopen just as it has done for the last half-century."

#amusement park
#astroland
#brooklyn
#coney island
#thor equities
Do you know the scoop? Comment below or Send us a Tip