The Top 10 Most Memorable Subway Moments Of 2013

People may never learn to hold their phones sideways, but that hasn't stopped anyone from capturing photos and videos of NYC's finest subway moments. Just like last year, bystanders continued to seize at any opportunity for the brief high of viral fame. But there were also spontaneous sax battles, death-defying ollies, and two little kitties who influenced a mayoral race. Click through to see the top ten subway moments the MTA would probably rather you forgot about. And check back for more of our favorite subway moments from 2013 over the next week.

Subway Kittens: It would have been notable enough if little August and Arthur just brought transit to a standstill when they were spotted frolicking on the subway tracks before Labor Day Weekend. But they inadvertently inserted themselves into a mayoral race when Joe Lhota admitted he would have run them over. They also inspired the greatest series of attack ads in the history of NYC. 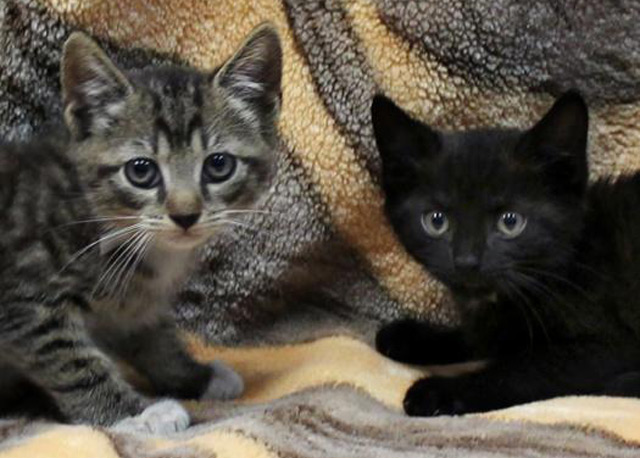 Subway Shark: A dead shark on the N train transfixed a languid city during a slow summer. Funny/insensitive photos were taken with the shark, the Taiwanese animation team immortalized it in a short film, and eventually, we learned how it ended up there. 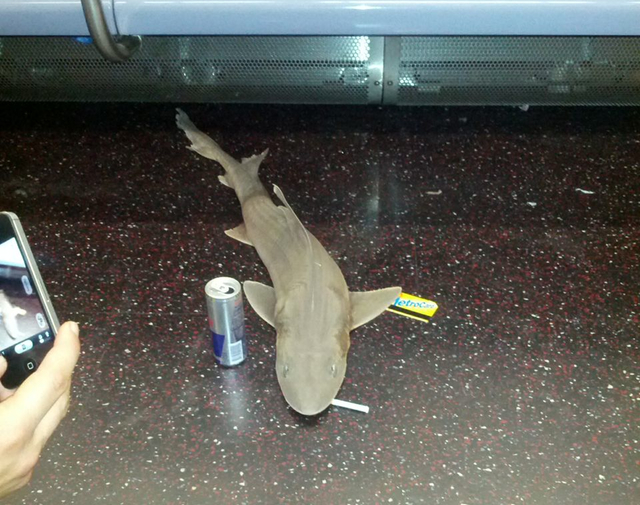 Subway Station Selfies: How long do you think it would take for you to travel to every subway station in Manhattan? College students James Doernberg and Kai Jordan found an answer to that question when they travelled to all 118 subway stations in Manhattan... to take selfies. 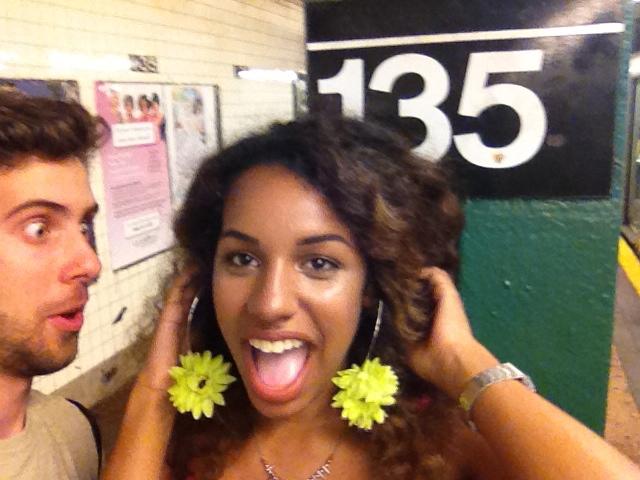 Brooklyn's Happiest Headbanger: We proudly salute the young man in the video below: he's sporting Chris Cornell-circa-1988 locks, headbanging his way across Brooklyn on the R train, as if he were on his way to meet Riki Rachtman and skulking Eddie Veddar.

Strangers Sleeping On Each Other: The strangest trend to break out of real life and onto social media was the debate over people sleeping on top of each other on the subway. An Orthodox Jew who let a stranger rest his head on him inspired the internet, then other people started copying it—even Darth Vader got in on it. But we liked these two guys the most.

Thanking Subway Conductors: MTA Conductors are required to point at the black and white striped boards you see at every station—so some New Yorkers decided to thank them by standing below the boards with funny signs.

Brie Wheel: Who cut the cheese on the N train? This guy. With his bare hands. 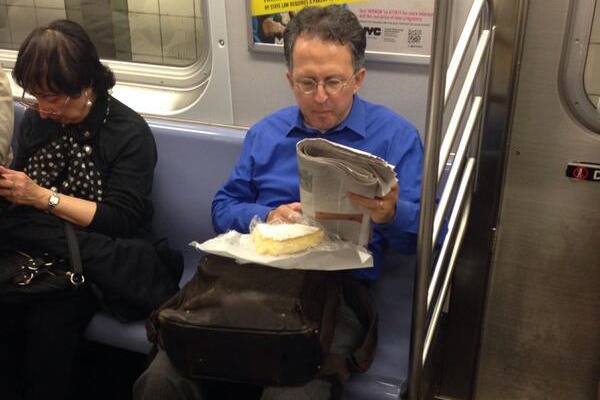 Skateboarding Over The Tracks: A skateboarder jumped over the tracks (after falling once or twice) at the 145th Street stop in Harlem, because they are nuts.

And finally, Barefoot Mama: Of all the many people who decided to kick back with their shoes off on the subway, no one charmed us as much as this beer-guzzling, dirty-footed inspiration. 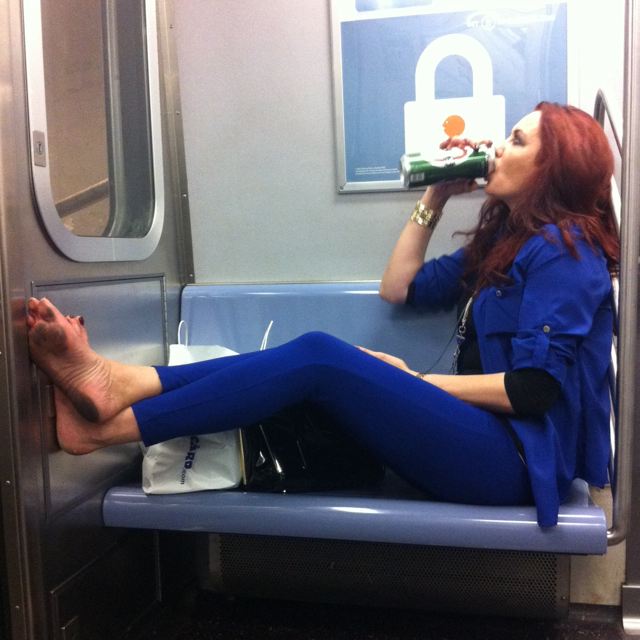 #2013
#MTA
#roundup
#subway
#subway video
#viral videos
#original
Do you know the scoop? Comment below or Send us a Tip