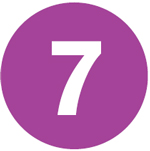 Grand plans for the 7 line extension have run into the harsh reality of budgetary constraints. Originally, the 7 line was going to be extended westward from its terminus at 42nd St. and 7th Ave. to a stop at the Javits Convention Center at 41st St. and 11th Ave., before heading south to 34th St. and the proposed Hudson Yards development site. Construction for the $2.1 billion project is going to be paid for by the MTA, which hopes to recoup its investment with proceeds from development of those Hudson Yards. MTA officials are now conceding that the project will be less ambitious.

The MTA is prepared to approve a $1.1 billion contract to S3 II Tunnel Constructors next week. It's the same consortium digging the 2nd Ave. subway line. Plans for a station at 41st St. and 11th Ave. have already been scrapped, with the train now planned simply to head west from 7th Ave. to 11th Ave. and then south to 34th St. There is a $500 million option for the tunnel building consortium to at least create a shell where a future station could be installed, but the MTA is begging off, after the city refused to pick up the tab on any cost overruns on the project. With cost overruns about the only concrete expectation involved with any MTA project, the Authority realized that it couldn't risk or afford even building a shell of a future station.

This means that the addition of a single station to the 7 line is going to cost $2.1 billion. If the MTA ever decides to go ahead with the plan for a station at 41st St. and 11th Ave., the cost of that project will be significantly increased for lack of building a station shell now, when tunnel boring equipment is already underground.