The fight over the Feast of San Gennaro continues, sort of. Though the final decision on cutting the annual event short at Kenmare has been punted from Community Board 2 to the Mayor's Street Activity Permit Office (which most likely will not alter its length) the Post finally got wind of the story this weekend and has decided to do a little muckraking just as things seemed to be calming down. Cue the complaints of "elitists" trampling down on "culture"!

A quick refresher for those just coming to the story: the Feast of San Gennaro has been taking place on Mulberry Street for 85 years. Over its history the length of it and the number of days it has stretched has varied, but for the past few decades it has been an 11-day event that goes up Mulberry from Canal to Houston Street. This year some members of the community, including a number of the boutique shops that have settled into the area North of Little Italy now called NoLIta, made some moves to cut the thing off at Kenmare Street. That idea was met with some opposition, as well as some support, in the neighborhood. Eventually CB2 decided to approve the current length, but they left a final decision on the idea to the Mayor's office. The Feast, meanwhile, has tried to make piece with the boutiques by offering them a fashion show in which to display their wares (and if they aren't interested, they'll find some Italian clothes to showcase). Finally, last week a number of Italian-American's descended upon the full Community Board meeting to express their outrage that the board would even consider cutting the event off short.

Anyways, on Sunday the Post caught up with the story and found the requisite quotes from non-plussed clothiers ("They come in with greasy hands," one told the paper) and infuriated Italians ("You can't understand the emotion we have—the anger—when we feel we're being attacked," the grandson of a founder of the Feast fretted). And today the paper dips back in with even more pot-stirring quotes: "Seemingly, the fashionistas of the world believe they will determine what Italian culture is, and not the public at large," City Councilman Vincent Ignizio (R-SI) told the paper.

But it seems to us they are missing the point. When we've talked to them, the people who are complaining about San Gennaro are not saying they were ignorant of the Feast when the settled into the neighborhood. And they aren't saying that Italian culture and history should not be celebrated in a neighborhood that has had a strong Italian culture for decades. What they are saying to us is that the Feast, as it currently exists, is not what many of its defenders claim it to be. What was once a great cultural event has, in the words of one long-time resident, "deteriorated over the last ten years." 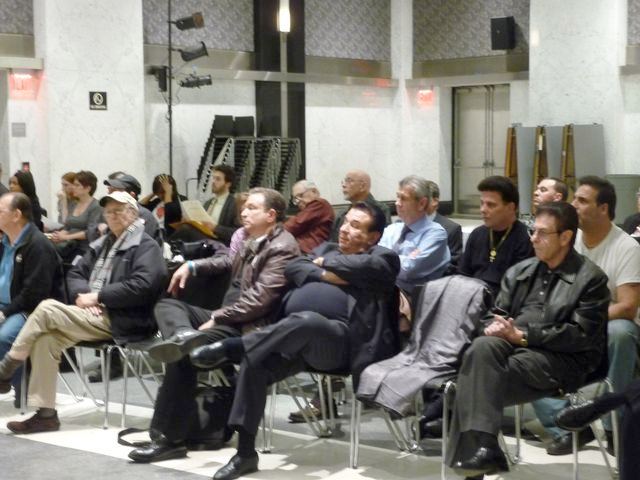 If San Gennaro were the celebration of Italian-American culture that it claims to be, it would be very difficult to criticize—which doesn't mean nobody would, this is New York. But the Feast since it was taken over by the Figli di San Gennaro in 1996 has become increasingly indistinguishable, save for its week-plus length, from the much-maligned regular street fairs that litter the city streets in warmer months. That is the problem. And this is something that the community that has rushed to defend it does not want to discuss (at least not in public forums).

What has us concerned now is that what should be an open and honest discussion between neighbors and community members about how to improve (and keep authentic) a New York tradition is turning quickly to baseless attacks bordering on bigotry (and that is on both sides). Yes, people who move into neighborhoods need to respect their new neighborhood, but those who rush to defend an event that occurs in a neighborhood they don't live or work in anymore need to respect those who do.

What we really don't want to see is any kind of escalation of this argument come September when the Feast stretches up from Canal to Houston. Because we would be truly surprised if the Mayor's office actually cuts it off at Kenmare. This year.