The Return Of The Fake Craigslist Apartment Rental Scam 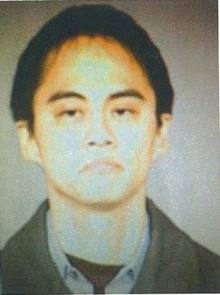 Twelve New Yorkers were left out in the cold in Queens this month after finding out they had all secured the same apartment on Craigslist—but actually hadn't secured it at all. Police are now looking for a man named Peter Kim (A.K.A. Michael Hong) who they say tricked the unlucky apartment hunters. Sadly this isn't the first time this kind of scam has gone down, and likely isn't the last either.

Over the course of February, Kim, 31, allegedly met up with nine men and three women between the ages of 24 and 49 in an apartment at 43-01 46th Street in Queens. In each case, he took a deposit from the victims and told them they'd gotten the apartment. Only problem? He didn't the permission or the authority to rent the place out. And now he's nowhere to be found and wanted by the NYPD for grand larceny.

#craigslist
#nypd
#peter kim
#queens
#rental scam
Do you know the scoop? Comment below or Send us a Tip