The satirical newspaper The Onion is facing Twitter criticism today after tweeting a story about congress taking a group of schoolchildren hostage. Earlier today, the Onion initially tweeted, "BREAKING: Witnesses reporting screams and gunfire heard inside Capitol building." And then the online screaming (and laughing) began: [Update Below] 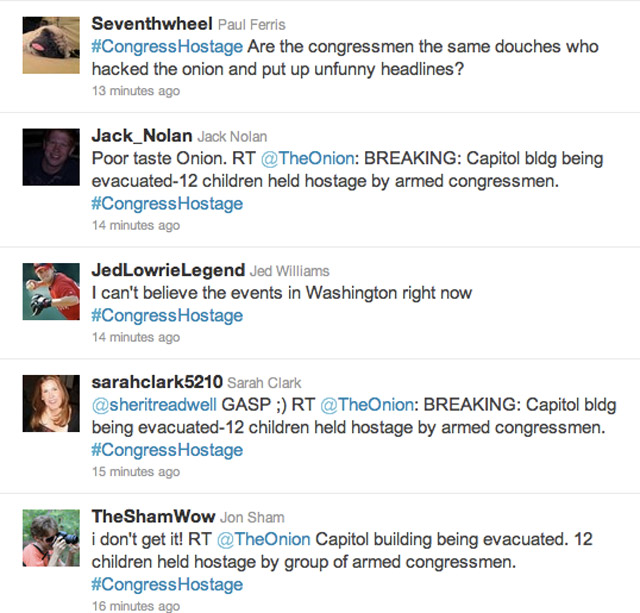 Before we go any further: everybody here knows The Onion isn't real, right? If you're still not sure, please take a moment to fall down the rabbit hole that is the "Literally Unbelievable" website, which features stories from The Onion as interpreted by people on Facebook who think they are real. 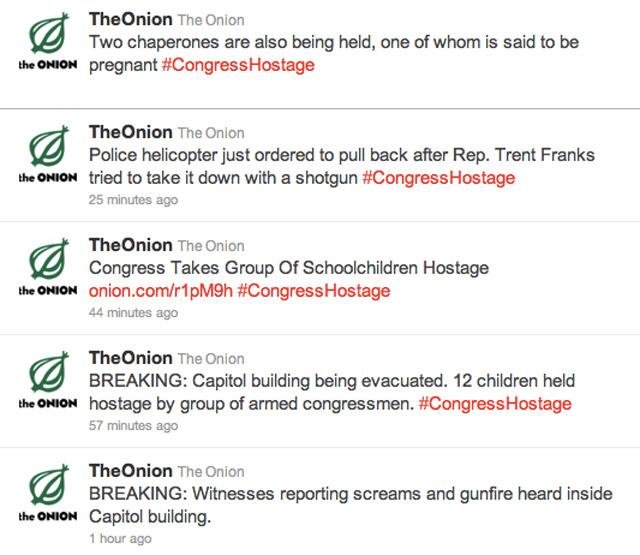 Above, you can see all of the tweets The Onion has sent out on the story (thus far—they don't seem to be letting up on it anytime soon). People were upset that the first tweet didn't specify the absurdity of the story: "Ill-considered initial tweet leads to confusion among readers. Satire usually has context. Hard to do in 140 characters," tweeted @ParkyBill, who has been following The Onion's story all day. 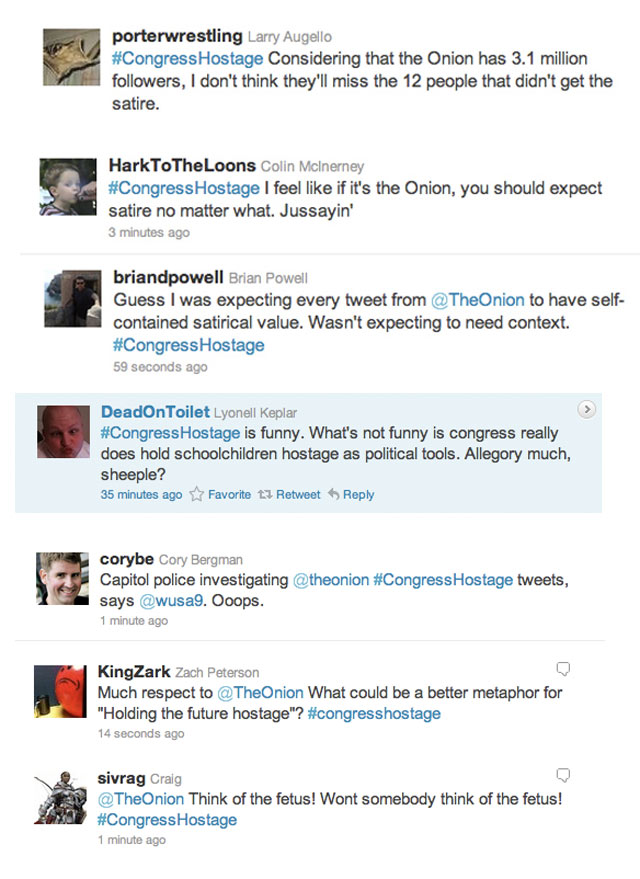 Many Onion defenders have emerged from the murk as well, all with a similar rallying cry: 'don't you know that nothing The Onion says is real??' Detractors argue that even so, tweets get spread around so fast that they lose context, and many didn't know this was an Onion story. But it seems to us that this is part of the point: The Onion is satirizing the cult of (irresponsible) "breaking" news stories on Twitter. Some are comparing the whole thing to Orson Welles' War Of The Worlds broadcast, but many people are still not amused: 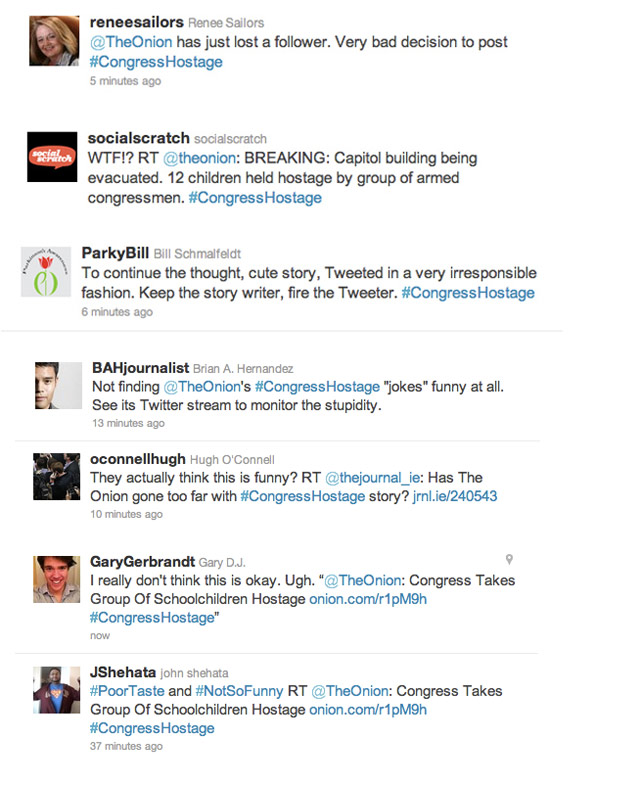 If you want to follow along with all the fun, check out the #Congresshostage hashtag here. Finally, you should check out the actual story, since it's pretty hilarious, and includes this line: "Although cell phones were confiscated immediately, one student managed to tweet a short video showing what appeared to be Sen. Chuck Schumer (D-NY) pistol-whipping a chaperone who attempted to yell for help."

Update: Again, in case you were confused: The Onion is satire. According to The Washington Post, "The Onion office in New York confirmed that the tweet was not a hack, however, saying, “This is satire. That’s how it works.” That hasn't stopped the U.S. Capitol Police from investigating the tweets (and giving the "all clear").

Adrian Chen of Gawker summed up the situation nicely: "It's the Onion's fault for not tweeting the word "Joke" 25 times before and after their #congressHostage tweet."