The One Former IDC Senator Who Refuses To Fade Away

The probable end of State Senator Tony Avella’s one-of-a-kind political career, in retrospect, was never going to be so simple. Last month, the renegade Queens Democrat was defeated in a Democratic primary by John Liu, the former city comptroller and mayoral contender. It all seemed to be over.

Except Avella is still going. On October 8th, Avella took to Twitter to declare he was running in the general election on two dubious third parties lines, the Women’s Equality Party and the Independence Party. Avella, who reviles Liu and has repeatedly attacked him for a fundraising scandal that derailed Liu’s 2013 mayoral bid, tweeted that many people in the district “feel John Liu is an embarrassment to the community and are very afraid of the negative impact on the community if he is elected.”

Avella’s chances of winning are exceedingly slim, though not impossible. Vickie Paladino, the unknown Republican candidate who has not-so-subtly broadcast her affinity for right-wing extremist groups, has little chance of victory in a district that has an overwhelming Democratic registration advantage. Avella has strong enough name recognition to at least force Liu’s campaign to keep working.

“We have no money. My campaign has no money,” Avella freely admitted, telling Gothamist he barely has enough left to print another palm card. “It’s just grassroots.” (Avella has $17,000 in the bank, according to the latest filing.)

Liu, who had unsuccessfully challenged Avella in 2014 after Avella joined a breakaway group of Democrats in Albany known as the Independent Democratic Conference, almost didn’t run again. But in the wake of Donald Trump’s election, the IDC faced new scrutiny over their decision to form a power-sharing alliance to keep Republicans in the State Senate majority. Progressive activists in the district urged Liu to run; after Alexandria Ocasio-Cortez’s stunning upset over Rep. Joe Crowley in June, Liu leaped into the race, hoping to capitalize on the newfound energy.

“I didn’t tell anybody, but I felt we were going to lose. I actually felt that,” Avella said. “I saw the wave, so to speak. There were lot of anti-IDC people. People really didn’t like the Independent Democratic Conference.” (In an interview with Gothamist in August, Avella flat-out denied that his reelection campaign was about his IDC membership, and called the rage against the breakaway Democrats "national hype.")

Avella was one of six former IDC members (the conference formally dissolved this year) defeated on September 13th. Several, like Avella, occupy third party ballot lines, thanks to New York’s peculiar fusion voting system, which allows candidates to run on multiple party line at once.

The dynamics of the 2014 and 2018 contests proved to be quite different. While some progressives and the Queens Democratic establishment resented Avella for jumping to the IDC four years ago, the breakaway group was rather obscure and activists paid it relatively little attention.

Initially, in 2014, Liu was backed by several major labor unions and the Working Families Party. Then the IDC tentatively agreed to rejoin the regular Democrats—if the unions and WFP stopped helping Liu. Many of them withdrew their support for Liu, and Avella narrowly defeated the former comptroller by a little less than 900 votes.

That fall, the Republicans picked up enough seats to outright control the Senate without the IDC’s help, but kept the renegade group in the governing majority, believing they would likely need their help again. The deal between the IDC and the Democrats was dead.

This year, rage against the IDC boiled over. Activists in the district and beyond were ready to go to the barricades for Liu. The WFP and other unions were in full support.

Avella is the only defeated ex-IDC member who has vowed, so publicly at least, to press on.

“Do I respect John Liu? No, I don’t. I’ve known him for a long time,” Avella said. “I find his ethics totally irresponsible. I find the fact he’s not owned up to his campaign finance violations disgraceful.” 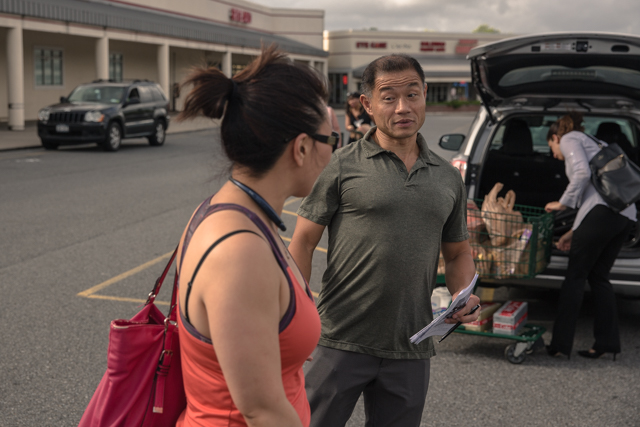 Avella and Liu have a long history, and each can claim singular, only-in-New York political careers. For eight years, they served together in the City Council in neighboring northeast Queens districts.

Liu primarily represented Flushing as the first Asian-American elected to New York City office, and in 2009 made history again when he was elected city comptroller, the first Asian-American to hold a citywide post. That same year, Avella made a quixotic bid for mayor, losing the Democratic nomination to Bill Thompson. (He aborted another mayoral run in 2017.)

Liu’s mayoral ambitions were more serious. Viewed as a front-runner going into 2013, Liu would finish a distant fourth in the Democratic Primary after his campaign treasurer was convicted of using straw donors to circumvent campaign finance laws. Liu was never charged, but his treasurer went to prison.

Avella, then and now, was a pugnacious lawmaker with few political allies. Fiercely anti-development and defensive of the suburban, home-owning character of his district, he opposed Mayor Bloomberg’s property tax hikes after 9/11, fought Council Speaker Christine Quinn when she collaborated with Bloomberg to overturn the city’s term limits law, and opposed long-sought plans to build housing and retail developments at Willets Point.

Other crusades included a race-baiting push to fine businesses that didn’t post English-language signage, targeting the many Chinese and Korean businesses in the area. Avella has also railed against the expansion of homeless shelters in Queens and expressed few reservations about Trump’s ICE targeting undocumented immigrants.

In 2014, in a move that is likely to spell the end of his political career, he joined the IDC. His staff budget grew, his clout in Albany increased, and Democrats remained locked out of the majority.

Avella, however, said he fought hard for his district—and claimed Liu won’t do the same.

“I don’t think he’s going to be that attentive to quality of life issues and he turned a blind eye to overdevelopment,” Avella said. “They like that suburban life in the City of New York. That’s one of the major aspects of my job, to preserve the character here. A lot of people are concerned he doesn’t share that philosophy for the neighborhood.”

Speaking with Gothamist, Liu was dismissive of Avella’s many charges.

“It’s totally within his character or lack thereof,” Liu said. “I never expected him to stop campaigning. This is a man who has nothing else other than to cling on to his old seat.”

If Liu can defeat Avella for good in November, he will bring a more left-leaning voice to northeast Queens and possibly join a united Democratic majority next year. Unlike Avella, Liu supports legalizing marijuana, rolling back stop-and-frisk entirely, and is an unabashed critic of Trump’s immigration policies.

“I’m very confident Democrats will be in the majority. We’ll have new blood, fresh energy—it’s going to be a very powerful and dynamic combination,” Liu said. “New York is in for a real treat.”

Ross Barkan is a political journalist who recently tried his hand at politics: last month he lost the Democratic primary for State Senate in Bay Ridge, Brooklyn. Read more about his run here.