The NYPD Kicked The Wrong Family Out Of Their Apartment

The NYPD kicked a family of four out of their apartment in a public housing development in Queens in December by telling a judge that it was a drug-selling hotspot. The problem: the NYPD's information was 10 months old, and the family had nothing to do with the reported drug sales.

Austria Bueno, a housekeeper, is suing for the hardship her family went through, one of many recently publicized cases of the city's misuse of the nuisance abatement law. The measure was created to target the sex industry around Times Square in the 1970s, allowing police to bar entry to a given address, but has come to increasingly be used against tenants, whom lawyers for the city have often locked out without proof of a crime, or on the basis of un-vetted, out-of-date, and/or illegally accessed information.

In Bueno's case, on December 11th, she went to pick up her 15-year-old son from high school in Flushing, leaving dinner in the oven, and returned to her apartment in the Queensbridge Houses to find legal papers taped to her door saying she would face criminal penalties for going back inside.

"Everybody cried. Me, I was crying like a baby," Bueno told the Daily News and Pro Publica, which brought the abuse of nuisance abatement orders to light. "I don’t deserve that. My kids don’t deserve that either."

According to her lawsuit, filed by Queens Legal Services, Bueno had moved into the $792 two-bedroom in August. The night her family was locked out, they stayed in a hotel room in Astoria that cost them $208 for the night, and ate McDonald's for dinner. Calls to police and Queensbridge management went nowhere. For the next three nights, while the family awaited a court date to find out what was going on and argue their case, they slept on the floor of Bueno's mother-in-law's home. Unable to access clothes and supplies, Bueno and her husband missed work, and their younger son, 6, missed school because he had no uniform.

It turned out that the lockout order was based on a police informant having bought drugs in the apartment in January of 2015, and a subsequent search, in February, that turned up what the News and Pro Publica reported was crack cocaine, weapons, and $21,500 in cash. Three people were arrested in connection with that search, and if they lived in the apartment, they had definitely moved out by August.

In May, the NYPD drew up the first piece of paperwork to have the apartment declared a nuisance, a designation that indicates a threat to public safety so serious that the order can be approved by a judge in secret, without giving the targets a chance to defend themselves. In June, a police department lawyer signed off on the request, which could have made the process speedier than the six months on average the agency usually takes to process the orders.

In the order, using boilerplate language, the NYPD wrote that "the premises is currently being operated, occupied and used illegally...[The city] has established...that the defendants are maintaining a nuisance." Despite relying on months-old information, the request reads, "there can be no doubt that the defendants are permitting the [apartment] to be used for drug trafficking...The community and neighboring businesses have suffered severely, and continue to suffer, as a result of drug trafficking in the [apartment]." 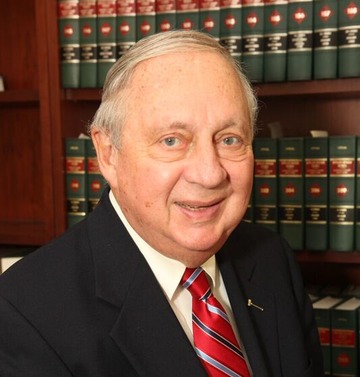 For reasons equally mysterious, it took until December for a judge to sign off. That Queens Supreme Court judge, Orin Kitzes, would retire later in the month to work at the mediation consulting firm Resolute Systems. A previous analysis showed that he signed off on 235 of 236 lockout orders that came across his desk. When Bueno appeared in court on the Tuesday after her Friday lockout, she was allowed back into her apartment, but rather than withdrawing the case, the city kept it alive in an attempt to pressure her to waive her right to sue. City lawyers pursued the case for another three months, finally dropping it on March 16th.

Bueno is seeking to have the city's use of the nuisance abatement law, and the law itself, declared unconstitutional, as well as to make the city pay unspecified damages. The "city-imposed homelessness," Bueno's lawyer wrote in the lawsuit, left Bueno "deeply traumatized." Citing reporting that has shown that half of 297 people who gave up their leases or were banished from their homes were not convicted of a crime, overwhelmingly in minority neighborhoods, Bueno's lawyer argues that Bueno's case is part of the city's larger practice of seeking lockout orders "based on grossly inaccurate and misleading representations."

Indeed, in a follow-up to their original reporting, Pro Publica and the News found that the NYPD's Civil Enforcement Unit seems to skirt the already-favorable rules around lockout orders, "rarely, if ever" showing judges required photos of illicit items found at subject apartments upon locking people out, and relying on criminal cases that have been thrown out and are supposed to be sealed to claim that tenants are menaces to society. In 1,162 cases, the reporters didn't find one example of the required photo inventory, and a judge who handles the orders said he had "never once" seen such a set of documents.

Speaking anonymously, lawyers for the NYPD legal arm said they were never formally trained in nuisance abatement procedures, with one explaining that, "Everything is kind of like, you know boilerplate, like fill in the blanks or whatever." The city's Law Department must sign off on the orders before they go to a judge, but the agency is a "rubber stamp," an attorney for the police said. The Civil Enforcement Unit also lacks the ability to look up the outcome of criminal cases, and seems not to care that people who have been exonerated are required by law to have their cases sealed so they can't be used against them.

#civil enforcement unit
#drug dealing
#Nuisance Abatement
#Nuisance abatement law
#nycha
#nypd
#queens
#queensbridge houses
#war on drugs
Do you know the scoop? Comment below or Send us a Tip
A new Gothamist is coming! We’ve moved comments over to our beta site. Click here to join the conversation and get a preview of our new website.