The NYPD Is Keeping Cop Disciplinary Records Secret...Except When It's 'Important'

Last spring, the NYPD suddenly stopped posting summaries of the outcomes of internal trials in a 13th floor press room, a practice that had been ongoing for decades. The summaries, posted on a clipboard alongside notices of officers going on parental leave and being promoted or transferred, provided reporters with one of the few windows into how the police department disciplines those of its 35,000 officers who investigators have found to be what former commissioner Bill Bratton once called, "the brutal, the corrupt, the racist, the incompetent," officers who he said had no place in the department. Summaries of internal trials and pleadings would include an officer's name, rank, and command, what they were charged with, and if found guilty, what discipline was called for—docked vacation days, departmental probation, or in rare cases, dismissal.

"If you inquired about a disposition that you came across, they sometimes would fill you in on some of the details," Daily News police bureau chief Rocco Parascandola explained. "Some of the cases we were going to follow, because it was something we wrote about initially, or other times we'd see a disposition up there and it might strike us as interesting based on the penalty, so we'd ask about it, and sometimes we would get the details."

"Knowing that this was public let the rank-and-file know that certain behaviors would not be tolerated," an unnamed anti-corruption official told the watchdog blog NYPD Confidential.

In August of last year, when the NYPD first explained the change, then-commissioner Bratton told reporters that the department's lawyers realized they had been breaking Section 50-A of the state Civil Rights Law, which makes the personnel records of police officers and other civil servants confidential. The explanation came, he said, after a reporter filed a Freedom of Information Law request seeking the dispositions.

"One of your FOIL requests caused us to take a look at it based on an inquiry," Bratton said. "So if you have somebody you wanna blame, blame whoever filed that FOIL request, because they have now denied you access to information that we were giving you inadvertently for 60 years."

In early October, the Daily News revealed that the decision was in fact in response to a records request by the Legal Aid Society—lawyers there were seeking internal trial dispositions for Officer Daniel Pantaleo, one of several officers who killed Eric Garner in Staten Island in 2014; for disgraced detective Louis Scarcella; for an officer who allegedly assaulted a Legal Aid client in Queens; and for all the summaries posted by the police public information office over the past five years. Mayor de Blasio's Law Department had previously appealed a court order calling for the city to turn over Pantaleo's disciplinary history, blocking the disclosure. 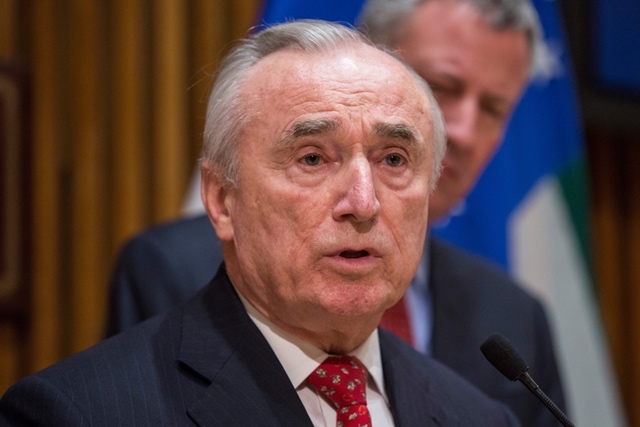 Nothing says "transparency" like repeatedly blocking the disclosure of NYPD disciplinary records. (Getty)

Disciplinary decisions had also been available in the City Hall library, and Cynthia Conti-Cook, the lawyer behind the FOIL request, told Gothamist by email, "We FOILed several years of those summaries because photocopying them at the library was difficult." The city stopped filing new summaries in the library last spring, too, according to Parascandola and Conti-Cook.

Mayor de Blasio and Bratton tried to play off the sudden withholding of disciplinary as a burdensome demand of the state, and called on the legislature to reform the law to allow the disclosure they'd just ended. They went so far as to send out a pages-long press release in October hailing the department's "transparency."

Between Bratton's announcement and the October story about Legal Aid's role spurring the change, Gothamist filed a FOIL request seeking correspondence related to the reporter's FOIL request mentioned by Bratton, in an effort to get to the bottom of the sudden decision to cease disclosure. In early January, the department FOIL Unit sent a response saying that officers there were "unable to locate records responsive to your request." Sergeant Jordan Mazur wrote in an email, "The FOIL request referenced by Commissioner Bratton was actually made by Ms. Conti-Cook from the Legal Aid Society, and not a reporter; therefore, the NYPD is not in possession of any correspondence with a reporter and responded to your FOIL request as such."

Mazur isn't the only one in the NYPD's Legal Bureau being willfully obtuse. Reached by phone, Deputy Commissioner for Legal Matters Lawrence Byrne threatened to hang up when this reporter referred to the department as having "reinterpreted" the Civil Rights Law, and insisted, "There’s not any change. The disciplinary positions were never public. There was a part of the disciplinary decision that was inadvertently posted in the press room. And when we realized we were doing that, that practice was put to an end, consistent with the department not publishing the results of disciplinary proceedings in the past. So that’s not a reinterpretation. That’s not a change in policy. That’s not a change in practice." 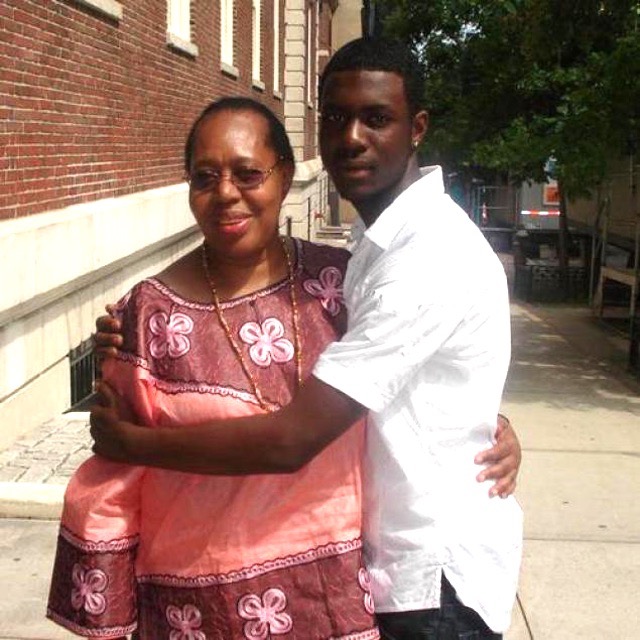 And yet, the particulars of this non-change are still being worked out. After last year's policy change, the NYPD press office declined to provide the employment status of officers involved in various scandals sometimes, but not always, and even if members of the public attended a departmental trial, under the new system they would have no way of finding out the outcome.

Such was the case with the trial of Officer Richard Haste, on trial this week for the 2012 killing of unarmed 18-year-old Ramarley Graham, who Haste chased into his home in the Bronx and shot as cops say he was trying to dispose of marijuana in the toilet. Graham's mother complained before this week's trial that police would not even tell her the charges Haste was facing, and she and activists bemoaned the notion that they would never know what, if any, accountability Haste faced.

On Wednesday, though, Deputy Commissioner Kevin Richardson did an about-face on the department's new policy of secrecy, saying that the department would tell Graham's family after all. "Because this decision is such an important one, we are working within the confines of 50-A to make sure that there will be public awareness of what that decision is," Richardson told reporters. The policy, he added, is a work in progress.

During the trial, Haste argued that he thought Graham had a gun when he chased him, saying, "The tactics were the best representation of my training and experience given the situation I encountered," and later, "I know what I did was justified and I protected my life and my team based on what we knew at the time. I was not pleased with the result." Department lawyers argued that he broke a slew tactical protocols by chasing Graham into the apartment alone and shooting him. Graham's family criticized the police overseeing the proceedings for not calling any civilian witnesses. Graham's grandmother and 6-year-old brother witnessed the shooting, according to his family, whereas Haste claimed he saw no one else.

Haste was once indicted in state court for manslaughter, but the charges were thrown out because of a prosecutorial error, and a second grand jury declined to indict him. The city settled a lawsuit brought by Graham's family in 2015 for $3.9 million.

NYPD Deputy Commissioner of Trials Rosemarie Maldonado will now determine if Haste violated departmental rules, and Commissioner James O'Neill will ultimately choose whether to accept or decline her recommendation.