The United Kingdom's vote to leave the European Union has been perfectly parodied by The New Yorker's Barry Blitt, whose latest funny illustration, "Silly Walk Off A Cliff," will adorn the cover of next week's magazine: 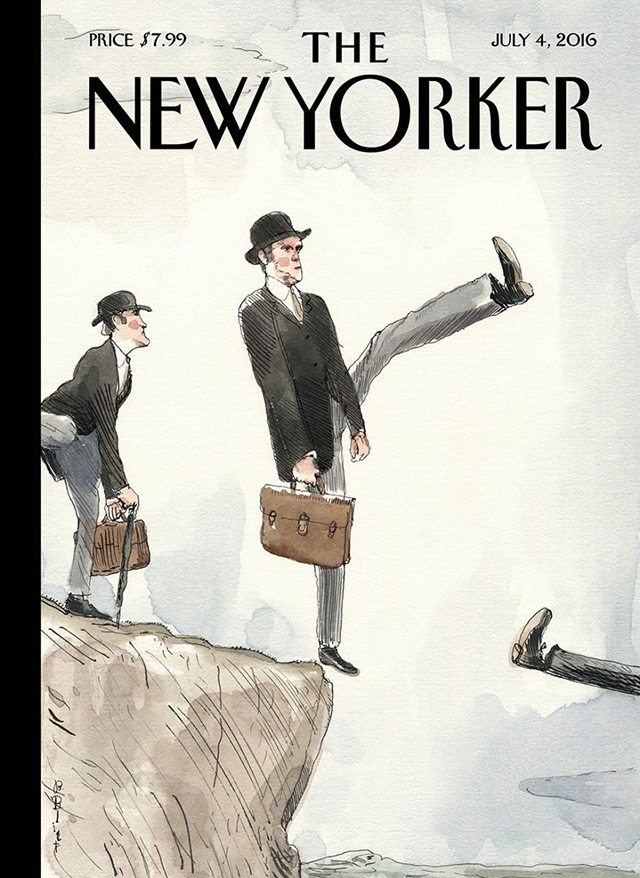 Blitt said, "I was stunned when I heard the news this morning." Then he added, "And really upset. I just sent money to my kid, who’s travelling over there—if I had just waited, I’d have saved a bundle now that the pound has collapsed."

Less amusingly, The New Yorker's Amy Davidson wrote, "The Brexit results are a strong warning for anyone complacent about Donald Trump. Brexit didn’t happen because people in Europe listened to him; but he is a voice in a call-and-response chorus that is not going to simply dissipate."

We need you, Ministry:

#Barry Blitt
#brexit
#the new yorker
Do you know the scoop? Comment below or Send us a Tip