If we needed any more proof that Staten Island is turning into the next Williamsburg, the MTA has announced a pilot program that will install bike racks on two bus routes in the Forgotten Borough. The year-long Bike & Ride program rolls out this coming Sunday and will outfit the S53 and S93 routes with front-loading racks capable of holding two bicycles each. The pilot program will test three different types of racks and customers will be responsible for loading/unloading the bicycles.

Both of the routes end up crossing the Verrazano-Narrows Bridge into Bay Ridge, a key link in connecting the two boroughs for wheeled commuters. "The two lines were chosen for their safe access to current and planned bicycle paths, ridership and routes, which serve a major college campus where bicycling is a popular commuting option," according to the press release. A test run in March was successful enough for this initial pilot program, and NYC Transit purchased 38 racks for the trial period. 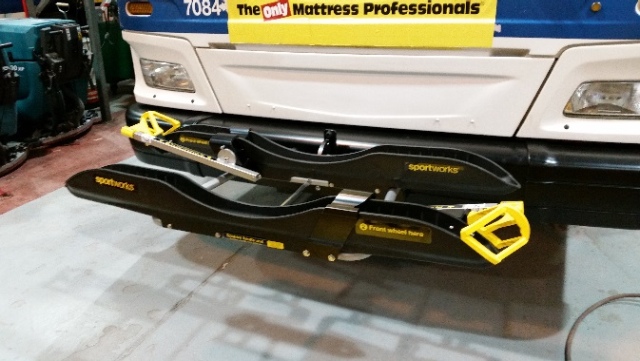 The S53 runs 24/7 from Richmond Terrace to the 86th Street R stop while the S93 operates limited-stop service weekdays between the College of Staten Island campus and the 86 Street R station. The borough is also adding more bike lanes scheduled to open on Clove Road later this year.

While Old Guard Staten Islanders may fear added wait times to the borough's bus lines, it should be noted that neither of these lines services St. George Terminal and the Staten Island Ferry, meaning delays as cyclists get accustomed to bike racks won't mean missing the boat. As with any new service, it'll take a bit of time to seamlessly load/unload bikes, but the MTA promises video tutorials on its YouTube channel and having witnessed similar programs in Austin, TX, I can say with certainty that people catch on pretty quick. 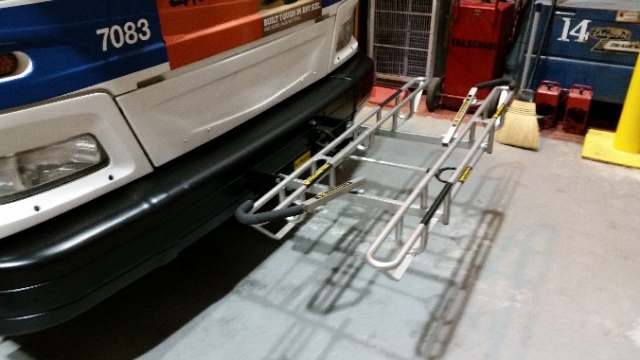 So what does this mean for the rest of us when we commit to a long bike ride, lose the energy for the return trip and don't want to be shamed on a popular local website? "Over the course of the pilot, NYC Transit will study the feasibility of continuing and/or expanding the program to other boroughs by looking at any impacts on service, safety, fleet maintenance, training, operations, costs and legal issues," the MTA assures us. MTA Kickstarter?

For a taste of whats in store, let's all thank Streetsblog for unearthing this gem:

#bike racks
#bikenyc
#MTA
#new york city transit
#original
Do you know the scoop? Comment below or Send us a Tip