The Most Infuriating NYC Real Estate Horror Stories Of 2015

Perhaps you've noticed that New York City real estate is utterly rigged. From the bloodless glass boxes that blot out the sun to the rat-infested $3,000/month slums housing our neediest neighbors, the real estate industry and the corrupt politicians who enable it have transformed their shameless exploitation of the human right to shelter into an Only In New York! cliché. A vendor is scolded for selling $30 hot dogs, but with enough campaign donations your luxury condo project can expect $30 million in tax breaks.

Here are the most appalling real estate-related stories from 2015 that embody the spirit of attempting to play this endless game of chicken. Feel free to #share this list and your opinions with your local, state, and federal representatives.

Here’s What $550K Will Get You In The West Village

It helps if the "K" in “$550K” stands for the text message your rich parents send when you screenshot the Streeteasy listing for them.

Residents of the shelter at 60 Clarkson Avenue in Brooklyn faced violent crime, roach infestations, and ban on birthday parties. The costs to taxpayers? Tens of millions of dollars and letting down their fellow New Yorkers.

If you think you can outlast the stupefying heights of the Brooklyn real estate market, maybe it’s time to move to Queens.

You’re Now Priced Out Of Queens

OK, but they’re building some terrific stuff in Jersey City.

This Hell’s Kitchen Apartment Is Perfect For People Who Hate Distractions, Fresh Air

At $1,750/month, you can’t not afford to live there for a year then immediately move to some place even more expensive. 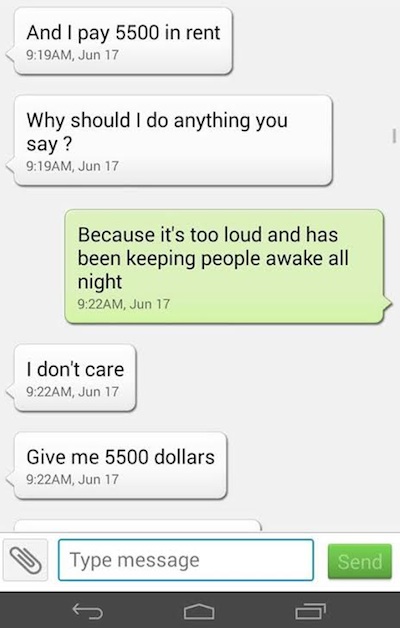 Market Rate SoHo Tenant Will Turn His Music Down If Rent-Stabilized Neighbor Pays $5,500

Cuomo’s Albany is Pricing Us All Out Of NYC

Make no mistake: there are real live human beings who are responsible for this sick joke. “Governor Glenwood” is perhaps the most culpable. See:

How Your Tax Dollars Are Wasted To Build Luxury Apartments

Taxpayers gave the real estate industry $1.1 billion last year to build housing that none of us can actually afford. Did we mention that the people who build these luxury apartments give a lot of money to Governor Cuomo and members of both state houses?

It’s ~AsPiraTioNaL~ properties like these that have us dreaming instead of challenging the status quo. What kind of monster wouldn’t want to live here?

Are You Artistic Enough To Live In This New Luxury Williamsburg Apartment Building?

Of course, many New Yorkers are eager enough to exploit themselves. Whether you aim to live in a big dorm…

Haha Look At This Depressing St. Marks Dump With No Bathroom (That I Would Totally Live In)

Or a tiny dorm…

Walls Not Included: How Four Roommates Got Duped Into Camping In A $5K/Month Williamsburg Death-Trap

Or a dorm without walls or doorknobs or heat.

Racism, surveillance, and rising rents, all without ever having to leave your apartment!

The New York Times lubricates the jaws of the dream-eating machine.

“Our Home Is Not The New Frontier”: Bushwick Locals Fight New Luxury Development

Can a developer really receive millions of dollars in tax breaks while also capitalizing on and marginalizing entire neighborhoods? (Yes!!) But it's not just recent grads who see themselves as hearty, harmless "colonizers" ...

Even Native New Yorkers can be poisoned by the farce.

#2015
#it doesn't have to be like this
#real estate
Do you know the scoop? Comment below or Send us a Tip